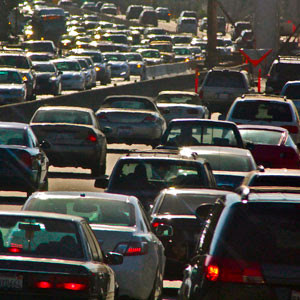 Pictured above is traffic on Highway One in Santa Cruz County. It's brutal. It's ugly! It's horrible. Naturally, elected officials would like to respond to the demand of voters and residents that something be done, and just as in the case of affordable housing, the first thing that comes to mind is that we should just "build our way out of it."

Where transportation is concerned, a proposed "build our way out of it" solution is contained in a 2016 ballot measure, to be voted on this November. If passed by 2/3 of the voters, this measure would impose a 1/2-cent sales tax, to continue for thirty years. The resulting sales tax income would provide about $125,000,000 for highway widening, which could accomplish a very small part of the widening that the most zealous widening advocates are calling for.

In the case of housing, as mentioned yesterday, the "build our way out of it" idea would be to promote the construction of dense, high-rise developments along our major transportation corridors. Increased supply of these denser, smaller units might bring the price down, it's thought, and create some affordable housing for this community. See yesterday's posting for a critique of this well-intentioned but totally ineffective suggestion, absent some type of price control.

In the case of the Highway One traffic jams, the "build our way out of it" idea is that more "supply" of highway real estate would open things up for drivers now caught in the traffic. Even highway widening-supporters admit that this proposed solution would cost a huge amount of money, have some pretty significant negative environmental impacts, and would actually congest things more during the time of construction. Still, if highway widening would ultimately solve the problem, the sacrifices could be worth it. Or, at least, a lot of people think so.

It's the same thing as with housing, of course. If building dense, high-rise apartments along all of our major transportation corridors would actually have a significant impact on making housing more affordable, all the negative traffic, water, and other community impacts might be worth the cost. The problem, however, in both the housing example and the highway example, is that the "build our way out of it" solution doesn't work. And for the very same reason!

If increasing the "supply" of something were to occur in a situation in which the "demand" side of the equation remained constant, new supplies would, indeed, be a solution to the problems caused by an excess of demand. However, as noted yesterday, with reference to housing, the "demand" for Santa Cruz County real estate is actually global, and our small community could not ever fill the outstanding demand by building more housing. Thus, building more housing will not drive down prices, absent price controls.

In the case of the highway widening example, the same thing is true. If the same number of cars were going to use the highway both before and after widening, then widening the highway would, indeed, ease congestion. However, as traffic engineers well know, the phenomenon of "induced demand" means that a new widening project leads to increased highway use, and very quickly the congestion is just as bad as before, but with more cars caught in the jam.

In the case of housing, unless and until the national government mobilizes resources to provide for affordable, permanently price-controlled housing, local price controls are the only available solution.

There is another approach possible with respect to transportation. Most of the cars stuck in the traffic jams on Highway One are single-occupant vehicles. If people were "sharing rides," the number of vehicles would decrease, and a reduced "demand" for highway capacity would be a consequence. In other words, we could attack the traffic congestion problem not by using a "build ourselves out of it" approach, but by a "let's lower the demand" approach.

How would that work?

I'm using Uber  as a kind of metaphor. But just suppose that there were a transportation option that would let Santa Cruz County residents easily arrange for a shared ride that could get them from wherever they are in Santa Cruz County to wherever they wanted to go without the need to use their own car on Highway One, or to park it, either, once they got to where they are going? That kind of service could be run by a private company, like Uber, or Lyft, or by local taxi companies, or even by the public transit district. If enough people used the service, during peak times, Highway One congestion would decrease. If I am remembering what I learned when I was on the Santa Cruz County Transportation Commission, more than twenty years ago, we'd need to reduce the number of cars on Highway One, at peak times, by about 15% to make a real difference in congestion.

How much would that be worth to us? What if we raised the sales tax and used that $125,000,000 for subsidizing peak hour trips on Highway One using Uber-like technologies to match shared rides with willing drivers?

I think it's worth a shot, myself! What we already know is that widening the highway won't work. 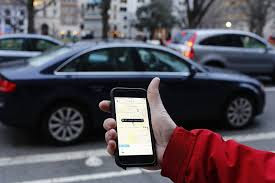