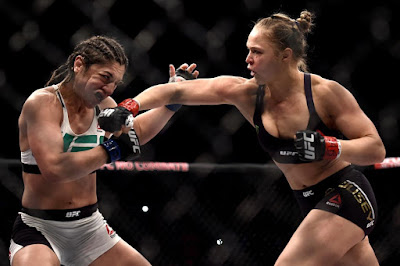 Thomas Friedman, paid pundit for The New York Times, informs us in the headline to his column on August 3rd that he can tell us "How Clinton Could Knock Trump Out." I am no fan of Friedman, but I am concerned about the future of the country should Trump win the presidency. Thus, beguiled by the headline, I read Friedman's column with interest.

Despite his title, at least so it seems to me, Friedman's column was largely directed to telling Trump how he could knock Clinton out! Read that column for yourself. While calling Trump a "self-infatuated carnival barker," Friedman trashes Clinton for not making business growth the key to her campaign:

We heard from first responders, veterans, grieving parents and victims of terrorism, rape and various forms of discrimination. There was just one group that was conspicuously absent: the people who drive our economy by inventing things or by borrowing money to start companies that actually employ people.

In other words, Friedman thinks that if Trump would emphasize the economic growth argument, instead of picking fights with the parents of Muslim soldiers who died in the line of duty, he would blow Clinton away, and if Trump doesn't "stay stupid forever," Clinton's entire campaign is at risk. Friedman thinks that:

If there is one thing that is not going to revive growth right now, it is an anti-trade, regulatory heavy, socialist-lite agenda the Democratic Party has drifted to under the sway of Bernie Sanders. Socialism is the greatest system ever invented for making people equally poor. Capitalism makes people unequally rich, but I would much rather grow our pie bigger and faster and better adjust the slices than redivide a shrinking one.

So, what was the purpose of this Friedman column? Certainly not to disadvantage Trump, because while Friedman is, I believe, genuinely dismissive of Trump, the column in fact gives him what is actually some good political advice. And the column was certainly not intended to benefit Clinton, because its main point was that Clinton is way off base in her campaign, and is telling the voters exactly the wrong thing. Surely, Friedman delighted in getting in a nasty swipe against Bernie Sanders, that poor, misguided "Socialist." But the bottom line?

The purpose of this wonderful column was to make readers think that Thomas Friedman is smarter than everyone else!

That's the purpose of most of Friedman's columns, it seems to me. Sorry to have been beguiled by the headline!