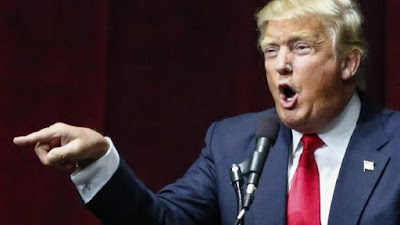 It remains to be seen how popular Donald J. Trump is going to be in the long run, as a Presidential candidate. Recent reports seem to show that his poll numbers are dropping, but he has done amazingly well, through the primary season, in getting voters to support him. Let's admit it; we've all been a bit surprised about that, haven't we?

According to a recent column in The Washington Post, one reason that Trump has been doing so well is that he keeps reminding people that they are going to die. Click the link, below, to read the analysis. As the headline on the article says, "this might be the darkest theory yet about why Donald Trump keeps winning."

The analysis, as written up in The Post, references Ernest Becker's book, The Denial of Death. It also relies heavily on actual research on whether those who are thinking about death prefer Trump. Apparently, there really is a statistically valid correlation between support for Trump and thoughts about death. The article does not say why this should be so, only that it is.

I have my own ideas about this topic.

DEATH (at least individual death) is the ultimate reality that prevails in the World of Nature. At least, there is a very good argument that this is so.

If you would rather look at the bright side, which I advise, you can also say, quite accurately, that LIFE is the ultimate reality in the Natural World. DEATH, however, is inevitably related. The Natural World does work on the basis that life comes out of death, and that everything that lives must die. There is simply no doubt, as to any individual person, that death is inevitable.

The Natural World, in other words, which is the ultimate reality upon which everything that we do is based, and upon which our lives totally depend, is premised on death. Our right relationship with the Natural World requires us to accept that reality.

If we did, at least arguably, everyone would be a lot better off. If we want to fight it, and to pretend to ourselves that we can overcome death (and maybe live forever), we will be constantly scrambling to "win," to "get ahead," to "achieve."

My bet is that American voters who don't accept the reality of their individual death are likely also to think that things would be a whole lot better if we could only "make American great again."

My advice is to read Becker's book, and to pay attention. I think that will probably help you come to the conclusion (along with Edna St. Vincent Millay) that while you might die, that should be "all that you will do for death." Her poem, about conscientious objectors, is a pretty wonderful poem.

I also think that the flavor of our personal politics is quite likely related to our personal willingness, or not, to accept death as a prevailing reality of our existence. Those researchers who found a correlation between thoughts of death and a political preference for Donald Trump are probably on to something.

My bet is that Edna St. Vincent Millay would NOT have been a Trump supporter. She probably would  not have been consumed with the idea that we need to "make America great again." 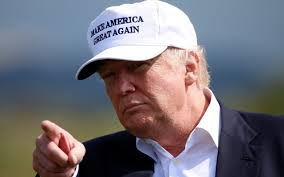