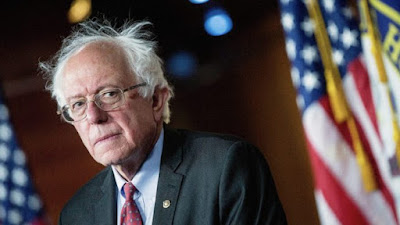 The 2016 Democratic National Convention is coming up soon, and it seems pertinent to highlight an article from Nation of Change. The article was published on July 1st, and is titled, "What's Next for the Progressive Movement." It's an article that is certainly worth reading.

I had just watched Michael Moore's latest movie, Where To Invade Next, when a link to this article from Nation of Change hit my inbox. The article starts out with an expression of amazement that Vermont Senator Bernie Sanders has had such a major impact on our politics:

The political establishment wrote him off and the pundits berated him—“he’s a socialist for God’s sake.” Even die-hard progressives conceded his bid was a long shot.

Well, my favorite part of Moore's movie is in his segment #11, which focuses on the Berlin Wall, and is titled "Hammer, Chisel, Down." Appearing in the movie with a friend, Moore talks about how he and his friend just happened to be in Berlin in November 1989, when a few people started chiseling the Wall from the West Berlin side.

"One thing that was certain was that this wall would never come down," Moore tells his friend. Yet, it disappeared almost in an instant, and just about the time that Nelson Mandela was released from prison in South Africa.

"Oh, I get it," said Moore, recounting his feelings as he saw these two amazing events take place. "Anything can happen."

Even in the United States.

My thanks to Bernie Sanders for helping to prove that one more time!