#191 / Those "Problem Solver" Experts And Elites 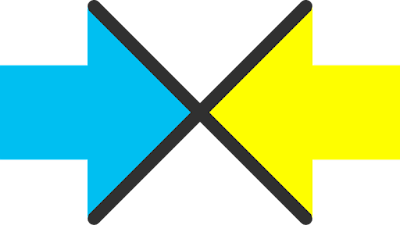 Republished below is an extensive quotation from the June 26, 2016 edition of Amor Mundi, which is the weekly newsletter published by the Hannah Arendt Center at Bard College. The title on the article I am quoting is, ""The Experts Meet Reality."

I have argued in one of my recent blog postings that the recent "Brexit" vote in Great Britain reflected populist sentiments there that are very much like the populist sentiments that currently prevail in the United States. These populist sentiments, in my opinion, are accurate in decrying governmental policies that reflect the interests of the economic and intellectual elites, to the derogation of the interests of ordinary people. My conclusion is that if the Democrats want to win the Presidency in November, the Party had better "out populist" Donald Trump, the presumed candidate of the Republican Party.

I am in agreement, in other words, with the Popular Resistance claim that there is a "revolt against elites," and I do not buy the argument of Philip Stevens, in The Financial Times, that the vote in Britain is simply a "populist paean to ignorance."

I might be persuaded to rethink my reactions if someone like Hannah Arendt had an argument on the other side. Turns out that Hannah Arendt and I have the same basic views:

In her essay "On Violence," Arendt writes that at a time when the implements of violence are so destructive, "there are, indeed, few things that are more frightening than the steadily increasing prestige of scientifically minded brain trusters in the councils of government during the last decades." Why, in other words, is she so bothered by the entry of elites, experts, and problem-solvers into leadership roles in government?

Arendt develops her critique of governmental problem-solvers in numerous writings in the 1960s, especially her writings about the Pentagon Papers. Trying to understand the incredible deception perpetrated by the American war effort, Arendt lays the blame on elites, experts, and problem-solvers. President John F. Kennedy had publicly lured the best and the brightest to Washington to serve in his administration. But these problem solvers-educated at the best American universities-had little actual knowledge of Vietnam or Indochina. They were intelligent and confident, but their knowledge was centered around theories and calculations that had little to do with Vietnam itself. Thus, these confident and even arrogant experts fell prey to the fallacy of abstraction. These problem-solvers, Arendt writes, allowed their intelligence to separate them from the real world of facts. The experts, she writes, "were not just intelligent, but prided themselves on being 'rational,' and they were indeed to a rather frightening degree above 'sentimentality' and in love with 'theory,' the world of sheer mental effort. They were eager to find formulas, preferably expressed in pseudo-mathematical language, that would unify the most disparate phenomena with which reality presented them."

Arendt sees these "problem-solvers" as something like management consultants, people confident in their ability to come in to any and all scenarios, make a quick study of a situation, and then apply general principles and rules to offer a solution. These intellectuals and problem solvers were convinced that they could help guide the war effort based on their generalized expertise. They developed consistent and coherent theories of how to win, or if not how to win, at least how to look as if we were winning, to save face, and to prove our loyalty.

Why did the problem-solvers lie about the progress of the war? Arendt argues they did so because they had theories about how the war could be won; when the facts did not conform to the theories, the problem-solvers simply changed or ignored the facts. What are contingent facts in the face of theoretical knowledge, she asked?

"Men who act, to the extent that they feel themselves to be the masters of their own futures, will forever be tempted to... fit their reality-which, after all, was man-made to begin with and thus could have been otherwise-into their theory, thereby mentally getting rid of its disconcerting contingency."

The problem solvers were so sure of themselves that when facts suggested their theories weren't working, the ignored and suppressed the facts, confident that reality would soon come to reflect their brilliant analyses.

Arendt's worry about the experts and elites has a long tradition on the left and the right. Arendt relied on Noam Chomsky's argument that social scientists in the U.S. have become a new breed of Mandarins committed to an imperialist social order. She also relied on Chomsky and Friedrich Hayek, who argued that the welfare state was propped up by experts and bureaucrats who think they have solved the puzzle of human psychology and economics so that they can manage and perfect our increasingly prosperous and progressive societies. For Arendt, the intellectuals and experts who enter government and embrace theoretical models of progress are well-meaning, but deluded. They are also dangerous.

"The danger is that these theories are not only plausible, because they take their evidence from actually discernible present trends, but that, because of their inner consistency, they have a hypnotic effect; they put to sleep our common sense, which is nothing else but our mental organ for perceiving, understanding, and dealing with reality and factuality."

What experts in the social sciences and Mandarins in government regularly forget is that human events are beyond our control. Arendt cites Pierre Joseph Proudhon to drive home her point: "The fecundity of the unexpected far exceeds the statesman's prudence."

Image Credit:
This image was taken from the June 26, 2016 edition of the Amor Mundi newsletter, published by the Hanna Arendt Center at Bard College. Ultimately, the newsletters show up in the "archive," available online at - http://www.hannaharendtcenter.org/tag/amor-mundi/