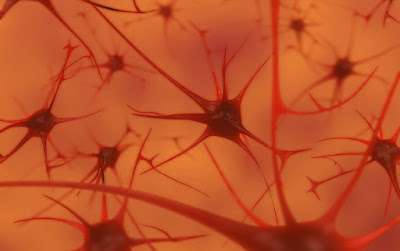 Robert Epstein is a senior research psychologist at the American Institute for Behavioral Research and Technology. He is the author of fifteen books, and is the former editor-in-chief of Psychology Today.

In a recent article titled, "The Empty Brain," Epstein claims that our brains do "not process information, retrieve knowledge or store memories." In short, our brains are not like computers:

For more than half a century now, psychologists, linguists, neuroscientists and other experts on human behaviour have been asserting that the human brain works like a computer.

To see how vacuous this idea is, consider the brains of babies. Thanks to evolution, human neonates, like the newborns of all other mammalian species, enter the world prepared to interact with it effectively. A baby’s vision is blurry, but it pays special attention to faces, and is quickly able to identify its mother’s. It prefers the sound of voices to non-speech sounds, and can distinguish one basic speech sound from another. We are, without doubt, built to make social connections.

A healthy newborn is also equipped with more than a dozen reflexes – ready-made reactions to certain stimuli that are important for its survival. It turns its head in the direction of something that brushes its cheek and then sucks whatever enters its mouth. It holds its breath when submerged in water. It grasps things placed in its hands so strongly it can nearly support its own weight. Perhaps most important, newborns come equipped with powerful learning mechanisms that allow them to change rapidly so they can interact increasingly effectively with their world, even if that world is unlike the one their distant ancestors faced.

Senses, reflexes and learning mechanisms – this is what we start with, and it is quite a lot, when you think about it. If we lacked any of these capabilities at birth, we would probably have trouble surviving.

But here is what we are not born with: information, data, rules, software, knowledge, lexicons, representations, algorithms, programs, models, memories, images, processors, subroutines, encoders, decoders, symbols, or buffers – design elements that allow digital computers to behave somewhat intelligently. Not only are we not born with such things, we also don’t develop them – ever.

In comparing our brains to a "computer," we seek to understand what is actually a mystery, our existence, and our mental existence in particular, by reference to a human-created device. In other words, the analogy is premised on the idea that we might just as well have created ourselves, since we are "like" the devices that we have, in fact, created.

The Epstein article is worth reading in its entirety. It ends like this:

We are organisms, not computers. Get over it. Let’s get on with the business of trying to understand ourselves, but without being encumbered by unnecessary intellectual baggage. The IP metaphor has had a half-century run, producing few, if any, insights along the way. The time has come to hit the DELETE key.

That means that the mystery of our existence is not susceptible to human command. We are living (and I think spiritual) "organisms," not "machines." If that seems hard to take, let me repeat what Epstein says: