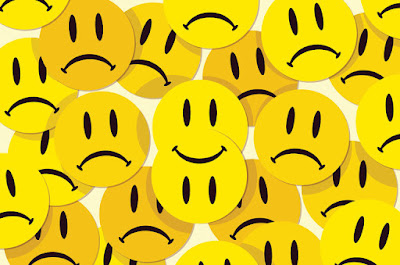 Gregg Easterbrook thinks (citing to Warren Buffett) that "the babies being born in America today are the luckiest crop in history."

Equating newly-born human beings to an agricultural commodity seems somewhat inopportune to me, and I wonder what Buffett knows about agriculture, anyway, since his investment list doesn't seem to include any major positions in agricultural enterprises. Buffett's statement may just be a metaphor run amuck.

At any rate, if you haven't been having the kind of positive thoughts that Easterbrook and Buffett are espousing, it may be because optimism has become "uncool." You can check out Easterbrook's argument to that effect right here.

I have always had an on again/off again romance with optimism. My father (Buffett style) pretty much demanded that I adhere to an optimistic forecast about the future of the world, and about my personal future. I argued, consistently, that the end was near. "Nah," said my Dad; "it's always been this way."

Now that I am older, and supposedly wiser, have I come around to my father's view? Well, definitely not completely. I truly do believe, as my father always argued, that possibility is unlimited, so I am not daunted by the very real difficulties that we (including the latest "crop" of humans) now confront. My experience with politics has convinced me that we don't have to let things "happen to us," but that we can make them happen the way we want. This is a radically "optimistic" thought.

This observation about possibility, however, is limited to an optimism about what we can achieve as we seek to build and sustain a "human" or "political" world that will respond to our deepest hopes and aspirations. I am just as clear that human beings misuse the power of optimism to act as if the obvious limits upon our actions, imposed by our position as creatures within a World of Nature upon which we ultimately depend, are not really limits at all.

There are real limits imposed by Nature, and we are pushing those limits beyond (it appears) the inflection point at which the inherent resilience of Nature can be relied upon to support our human enterprise.

To the degree, thus, that it has become "uncool" to succumb to a mindless sort of optimism that says that things are inevitably going to get better, just because "progress" is somehow baked in to the nature of reality, we are coming around to a more appropriate evaluation of where we are and what challenges we face.

My Dad's argument that we can make real changes, and prevail, and that we should always be optimistic about our chances to do that, remains a bottom line truth for me.

I'm with the optimists, but in the spirit of Antonio Gramsci, and his much-quoted statement that he is "a pessimist because of intelligence, but an optimist because of will."

Let's do away with the "Happy Face" approach to "optimism." That would be my counsel to the "newest crop."