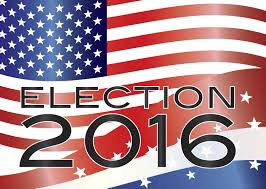 On Saturday May 28th and Sunday May 29th, I read a couple of articles about the presidential primaries (one from The Wall Street Journal and one from The New York Times). I want to recommend these articles to you.

Peggy Noonan, who writes for The Wall Street Journal (I am not much of a Noonan fan, let me say), had an article in the May 28-29 edition of The Journal entitled, "Clinton Embodies Washington's Decadence."

Douthat's column was intended to be a humorous take off on what a debate between Hillary Clinton and Donald Trump might sound like. It was supposed to be a parody, in other words, but I am not sure how much of a parody it really was. If you read Douthat's column, I bet you will agree with me that Douthat has very well captured just how an exchange between Clinton and Trump might actually go. You might also agree with me that the kind of exchange that Douthat is positing is just the kind of exchange that Nathan Robinson posited would lead to a Trump victory in November.

Then we have Noonan's column. She says this:

The lack of backlash against Mr. Trump's attacks on Mrs. Clinton ... I suspect ... really comes down to one word: decadence. People right now will respect a political leader who will name and define what they themselves see as the utter decadence of Washington.

If Noonan is right about what she says (and I think she is), then the Democratic Party candidate who "will name and define...the utter decadence of Washington" is named Bernie Sanders, and he would be the candidate on the progressive side who would stand the best chance of getting elected. Again, this is exactly what Nathan Robinson has said. If you haven't read his analysis, click that link. I continue to think he is correct.

When you vote tomorrow (presuming you are a California voter, and a voter in the Democratic Party primary, and further presuming that you haven't already voted), you'll get to decide which of the two Democratic Party candidates you think will do the best against Mr. Trump. I think the Noonan and Douthat articles can help discerning readers get to the right choice.