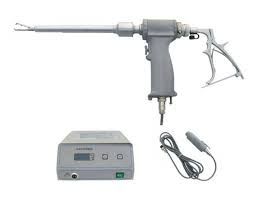 A "power morcellator" (pictured) is a surgical instrument used for the division and removal of large masses of tissues during laparoscopic surgery. The morcellator can turn a fibroid tumor, for instance, into a lot of little "morsels," and then suck these small pieces of tissue out of the body through a very small hole in the abdominal wall. That sure seemed like a great idea to reduce the impacts of surgery when the device was first introduced by Johnson & Johnson.

There was a problem, as it turned out. The "morcellation" process chopped up tissues that were sometimes cancerous, and actually spread these cancerous tissues throughout the abdomen, leading to metastasizing cancer, and ultimately death. If you type the word "morcellator" into a search engine, the very first entry on the results list is likely to be a link labeled, "Morcellator Lawsuit - Surgical device linked to cancer‎."

We might be wise to pay attention to the morcellator metaphor when we consider our foreign policy, and the kind of military responses we make to governmental regimes that we have diagnosed as being dangerous or diseased. I had this thought while reading an article in the March 28, 2016 edition of The Wall Street Journal. The front-page article was titled, "Biden-Clinton Friction Hangs Over Campaign."

One of the frictions, as it happens, seems to revolve around Hillary Clinton's past push for military involvements and air strikes that Biden thought were ill-advised:

Mr. Biden wasn’t happy about Mrs. Clinton’s push for an American air campaign in Libya in 2011, undertaken with Western allies, which led to the death of Libyan leader Moammar Gadhafi. He worried about a power vacuum in the wake of Gadhafi’s fall.... Libya now has become fractured and destabilized, and Islamic State has spread inside the country.

It seems pretty clear from the description of the attacks that Mrs. Clinton supported that these were not, exactly, "surgical strikes." They definitely had a "morcellation" effect, and dangerous disarray has been "spread inside the country," as The Wall Street Journal observed.

Many would agree that ISIS is the political equivalent of metastasizing cancer. Military solutions, air strikes and bombs, may be the best way to spread the disease. 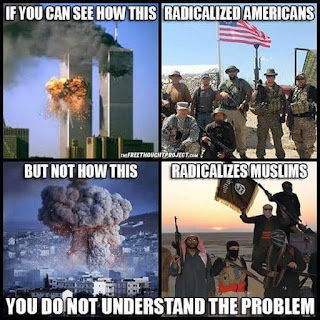