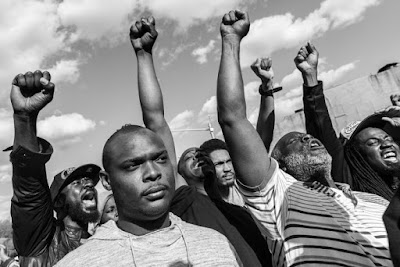 The idea that protest politics in Baltimore might lead to big political changes seems largely to have come to naught. That is pretty much what The New Yorker has told us, at any rate, in a report coming out of the elections held in Baltimore on Tuesday, April 26th.

The New Yorker article talks about "protest" politics and "progressive" politics in the same breath, and documents the fact that both "protest" and "progressive" candidates lost big time in the primary elections. Hillary Clinton, for example, beat Bernie Sanders by about thirty percentage points in the State of Maryland. What does it all mean? Here is what Benjamin Wallace-Wells and The New Yorker think:

Progressives have been left in a strange position this week, in Baltimore and everywhere else. In Maryland, the Democratic representative Donna Edwards ran an aggressive campaign for the U.S. Senate, thick with themes of racial and gender identity, and lost decisively to the more wonkish establishment candidate, Representative Chris Van Hollen. Nationally, the last hopes that Bernie Sanders might be the Democratic nominee are fading. And yet it seems strange to think that the progressive energies that have continually emerged in the protest movements will dissipate in the Democratic Party. It seems much likelier that the protest movements will continue than that they will simply give way to the Presidential election. But the immediate question for progressives is an anxious one: not whether their candidates can drive out the Democratic Party establishment—they haven’t—but how much the past few years of unrest have changed the atmosphere within it. Which Catherine Pugh they get, which Chris Van Hollen, which Hillary Clinton. Maybe that was always the question.

Second, political protest movements can force the existing elected officials to change the decisions they make. Wallace-Wells thinks that the second approach may still be achievable in Baltimore, and Maryland (and by extension, in the United States), even though the first approach failed last Tuesday.

In either case, organized political work is necessary. If the grassroots political movement for Bernie Sanders is just a movement aimed at electing Bernie Sanders President, it more and more looks, as Wells-Wallace says, that this is a hope that may not be realized. If that movement, however, is actually a "political revolution," as Bernie Sanders has proclaimed it, and if that movement is truly aimed at transforming the policies that govern the actions of the United States government, here and around the world, then the effort to make that change has just begun.

I'm for Bernie for President, but I'm for that political revolution first and last, and I am not giving up!