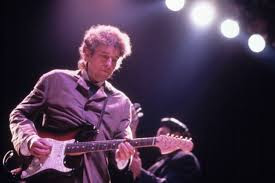 I read The Wall Street Journal every morning, except on Sunday, when they don't publish. Last Friday, I learned that Amazon and Lions Gate Entertainment are going to collaborate on a new television series, based on songs by Bob Dylan.

Apparently, the series will be titled "Time Out Of Mind," which is the title of one of Dylan's albums, released in 1997 and the recipient of three Grammy Awards. While the Time Out Of Mind album will provide the television series its overall title, I guess the individual episodes can reflect and refer to any of the 600-plus songs that Dylan has authored.

The Journal was mostly interested in the business aspects. I'll mainly be interested in how well the series conveys the insights and contents of the songs. I consider myself privileged to have been alive during the time that Bob Dylan has written and performed. He's up there with Shakespeare, in my opinion. I have a signed "Time Out Of Mind" poster in my home office, and I'm heading off to see Dylan when he next appears in the Bay Area, in June.

I may even have to start watching TV! 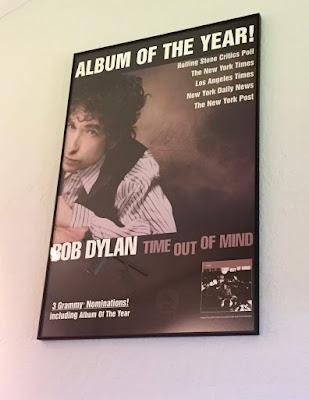