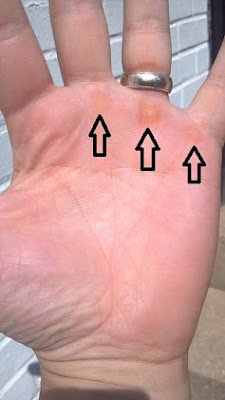 Today, a presidential primary election is taking place in the state of New York. Who will win those New York delegates? It's a consequential question.

Last week, there was a debate between the candidates for the Democratic Party presidential nomination, characterized by Reuters as a "Brooklyn brawl." A significant amount of news coverage about the debate and its aftermath focused on the "tone" of the exchanges between the candidates, and there was a lot of concern about the vituperative nature of the comments made by Sanders' partisans, or by those supporting Clinton.

Having been a political candidate myself, on six different occasions, I am well aware that political contests are often anything but "polite." Unlike some, I do not deplore this, though I am willing to observe that unconstrained negativity against one's opponent is often the opposite of effective, as a political strategy.

Our "laws," which result from our political decisions, are essentially prescriptive. They tell us not what we have to do, but what we have decided we "ought" to do, and there is no "right" answer. There are usually at least two good arguments for any particular position or policy, and we need to have a spirited debate to illuminate the differences, so we can ultimately decide. Since the choices we will ultimately make are so charged with consequence, it is obvious that spirits are bound to run high, as the debate progresses.

I do not deplore this. I think that spirited political exchanges are actually what we want, not what we should be attempting to avoid. From conflict and controversy, debate and division, will ultimately come the political decisions that will shape our collective future. That's what "politics" is supposed to be all about.

That said, and remembering my comment that an unrestrained attack on one's opponent, or on his or her positions, is often contraindicated as a matter of good political strategy, our politics can only be successful in doing what it is supposed to do if the candidates, their supporters, and the public at large will "toughen up," and learn to endure and tolerate uncomfortable argumentation, which we sometimes find distasteful, as the way to get to good decisions.

I think we all need to develop a kind of "political callus," a toughening up of our "political thin skin," to absorb repeated and abrasive contacts that threaten to disturb and injure us.

Nature provides a remedy when repeated abrasive contact threatens to injure our bodily skin. Candidates, their supporters, and the public at large need a comparable defense mechanism, so that we can bear the sometimes abrasive nature of political discourse, and then shake our callused hands at the end, and move on to implement our chosen decisions, to transform and change our world.