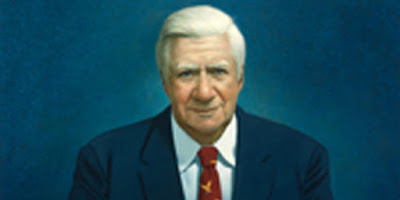 David Brooks, columnist for the New York Times, has lots of self-confidence. Brooks regularly issues his rather Pontifical statements with a great deal of downbeat panache, and gives the impression that he knows more about whatever topic he's discussing than most other mortals ever could or will. Actually, I'm kidding about the "most."

Brooks calls the current presidential campaign "depressing" (let's agree with him there, at least insofar as he is referring to the Republican Party proceedings, unless the word "scary" might seem a better fit). Brooks also deplores the loss of "middle ring" relationships, by which he means real relationships with real people whom one knows personally. These would be the people who live and/or work in the same general geographical, township level area that you do.

I'll give a nod to David Brooks on that observation, too. I think that the failings of our politics are connected, as Brooks suggests, with a deterioration in our "civic life." This is a deterioration that Brooks bemoans.

Brooks ends his column with thoughts about how politics can be transformed by a "cultural shift," as we seek "the highest level of Maslow's hierarchy of needs." This is where I somewhat lose patience with Brooks' presentation, and remember my typical annoyed reaction to the almost always patronizing tone of Brooks' pronouncements.

In essence, Brooks argues, we are "asking too much" of politics, and we can only "salvage politics" by the "nurture [of] the thick local membership web that politics rests within."

I have a bit of a quarrel with the grammar of that sentence. Ending a sentence with a preposition, the preposition in this case being the word "within," is not what I was taught is grammatically proper. That criticism aside, I also have a rather negative reaction to the substance of what Brooks is saying, at the very end of this column. After all the "wind up," the characteristic, high-falutin' tone that Brooks employs boils down to this advice:

All politics is local.

Tip O'Neill said that, long before David Brooks pontificated, and I think O'Neill was right.

Brooks is right, too, but basically because he agrees with O'Neill. He could just as well have referred us to O'Neill's book. Let me do that right here. If you want to help "fix politics," you'd be wise to take some tips from Tip O'Neill.