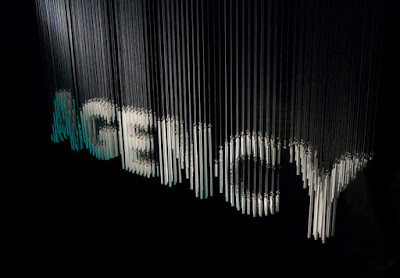 1a: the office or function of an agent; b: the relationship between a principal and that person's agent

2: a person or thing through which power is exerted or an end is achieved: instrumentality

3: an establishment engaged in doing business for another

4: an administrative division (as of a government)

"Agency" has most traditionally meant either a company of some kind that works for another, as an insurance agency, for instance; or as an advertising agency. The same sense of the word applies with respect to governmental "agencies" of various kinds, denoting an institution that works for another.

Alternatively, and this is the more specifically "legal" definition, the word "agency" speaks of an arrangement by which one person (the agent) is officially commissioned by another, who is called the "principal," to act on behalf of the principal. There was a whole course on this kind of "agency" in my law school curriculum. Key questions included the responsibility of the principal for the acts of the agent, in various circumstances.

When I hear or see the word "agency" being used today, however, and particularly as I have listened to how the word is used by the students I teach in the Legal Studies program at the University of California, Santa Cruz, I am struck by the fact that the word "agency" is now often employed in a rather different way from the way I remember it being used in the past. A recent article on sex and teenage girls provides a good example: "In a prevailing view, girls have no agency of their own..."

The Wikipedia definition captures this different usage in its listing titled, Agency (sociology):

In social science, agency is the capacity of individuals to act independently and to make their own free choices ... One's agency is one's independent capability or ability to act on one's will.

Traditionally, "agency" referred to a situation in which an "agent," or an "agency," worked for someone else. Two people, or two entities, were always involved. Now, "agency" means my own, personal ability to act independently. That seems to be a completely different thing.

I haven't taken the time to research exactly how, when, or why this transition in word usage occurred, but I do find myself being surprised at what this expression has come to mean, as I hear students talking about their "agency," or some other person's "agency."

To my ear, "agency" in this more current usage sounds something like "personal freedom," or "my ability to take action."

Whatever word you want to use, I'm in favor of that!