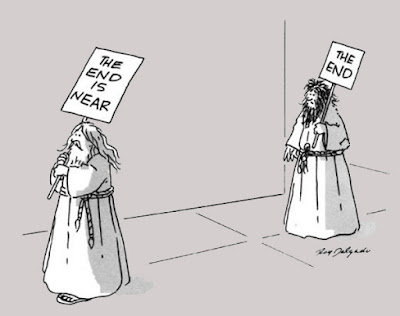 WASHINGTON (AP) — Earth got so hot last month that federal scientists described the temperatures as "astronomical," ''staggering" and "strange," warning that the climate may have moved into a new, hotter neighborhood.

Here is an illustration. More news to the same effect: 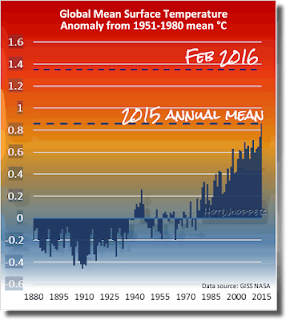 I think it's probably safe to say that the end is no longer "near." The way I'd put it, the end is "here." It's not the Natural World that has ended. Not even our own human civilization (yet). What has "ended" is our ability to rely on Nature consistently to compensate against our own actions, and by doing so to maintain a relatively stable natural environment in which we can live.

In short, anthropogenic change of the natural environment is now a measurable and demonstrable reality. We have transformed our situation. Heretofore, we have been able to count on "Mother Nature" to excuse our mistakes, and to make it right when we did wrong.

Mothers do that, don't they?

The end of that relationship with Mother Nature is definitely "here."