#69 / Corruption Of The People 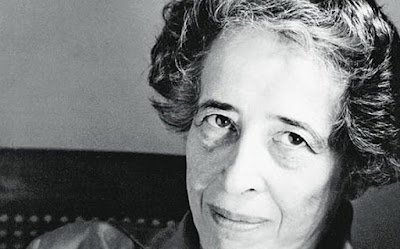 The Hannah Arendt virtual book group, of which I am a member, met on Friday, March 4th. Leading the discussion was Roger Berkowitz, the Academic Director of the Hannah Arendt Center at Bard College. Currently, the group is discussing Arendt's book, On Violence.

During the discussion, which included references to the current state of our Presidential nomination process, someone noted that governmental corruption is visible everywhere, and that this obvious corruption of politics and government has made the voters, at this time, particularly disinclined to elect candidates who have participated in this process of corruption, and who might be expected to continue that process into the future, if elected.

Public revulsion at the corruption of our governmental process, it was suggested, is why the "outsider" candidates, both Trump and Sanders, have generated such support and enthusiasm.

Berkowitz said that Hannah Arendt was particularly concerned, as she examined the state of American democracy, not so much with "governmental corruption," as we ordinarily understand it, but more with "corruption of the people."

What that means, said Berkowitz, is that the people become devoted to entertainment, spectacle, their work, the consumption of things, fine dining, whatever, and that these personal preoccupations then distract them from the tasks of self-government.

A "corruption of the people" is caused by our forgetting that we are, first and foremost, charged with governing ourselves. All legitimacy and power comes, in the end, from us. When we forget that, when we forget that democratic "self-government" means that we, ourselves, must be directly and actively engaged in government, we cede our power. We abandon our power for others to gather up and utilize themselves. And so they do.

As we all well know, power corrupts. The corrupt power of our government, so visible today, stems from a corruption of the people, first, as the people fail to engage themselves and to utilize the power that is always primarily their own.

I think Hannah Arendt has got it right!