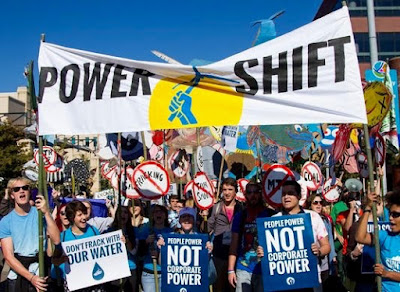 Back on November 4th, I recommended the book Power Shift, by Santa Cruz resident and long time energy activist Bob Stayton. Since we are soon going to be moving into a New Year, with the time for New Year's resolutions coming upon us, I thought I should highlight just how much we actually need to make that "shift."

To be blunt, the continued existence of our human civilization, and the continued existence of many of the species now living on this planet, depend on our making this "power shift" a matter of the utmost urgency and priority. Winning World War II was important. Americans did it. A rapid response was called for, and our entire economy was transformed in little more than one year. Taking action now to make the "power shift" we need to make is another "can do" requirement.

The Stayton book is written in a simple style, but it really does provide a solid basis for a belief that we can, in fact, decouple our human civilization from the current energy system that relies on the burning of fossil fuels. And here's the good part. This is the last change in our energy system we will ever need to make. Once we run everything on solar power (provided either directly or indirectly - and the Stayton book explains how that works) we will be plugged into a power source that is constant and reliable, and we can get rid of that idea of "depletion allowances!" 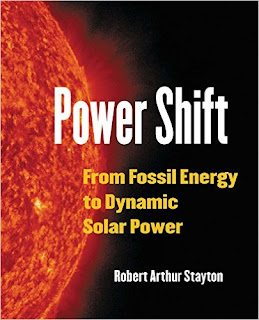