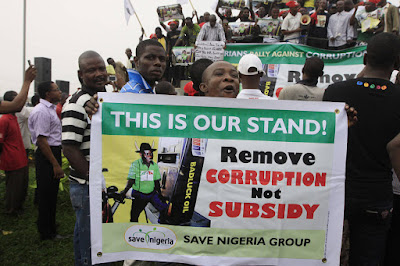 In its Saturday/Sunday, December 5-6, 2015 edition, The Wall Street Journal carried a story titled "Corruption Is Just A Symptom."

The article was authored by Daron Acemoglu and James A. Robinson, professors at MIT and the University of Chicago, respectively. The authors quoted both Pope Francis and President Obama on the topic of corruption.

In July, President Obama spoke in Nairobi, and told a "packed stadium" that "Corruption holds back every aspect of economic and civil life. Nothing will unlock Africa's economic potential more than ending the cancer of corruption."

The article went on to document the fact that corruption is not just a problem in Africa, but exists everywhere, saying that "more than $1 trillion of bribes are paid world-wide each year."

The authors clearly agree that corruption defeats progress, and must be stopped, but the article claims that Obama's encouragement to "end corruption" is just "conventional wisdom," which gets it "backwards."

Here's the sub-headline that caught my attention, and that pretty much conveys the main point of the article:

To attack global poverty, the focus has to be politics.


Where civic institutions are weak, and and the public is not directly involved in politics, corruption abounds. That's true in the United States of America, too, where economic corruption is only one part of the afflictions affecting our body politic.

Many would say (I do) that our current politics is "unhealthy" at almost every level, starting at the top and working down even to the local level of government. The antidote is pretty clear:

To have an effective system of democratic self-government, without corruption, we need to be (directly) involved ourselves.