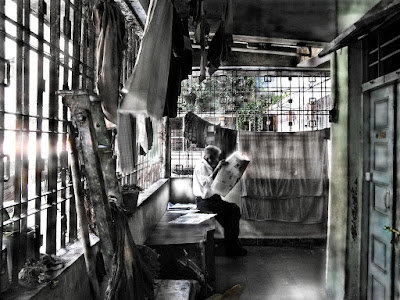 You know the line:

Actually, I'm reporting on things I read in the newspaper yesterday, Wednesday, December 9th. Pictured below is a building in Beijing, China, with the photo having been taken on Tuesday, December 8th. The story that went along with the photograph was in yesterday's New York Times. When people woke up on Tuesday morning, in Beijing, they found that air pollution in Beijing, largely related to the burning of coal and other hydrocarbon fuels, was at forty times the health exposure limit set by the World Health Organization.

Unfortunately, such conditions are not rare, though the episode on Tuesday was particularly bad, and led to an official "red alert." As reported by The Times, the World Health Organization did a study in 2010 that showed that "outdoor air pollution contributed to 1.2 million premature deaths in China in 2010, nearly 40 percent of the global total." 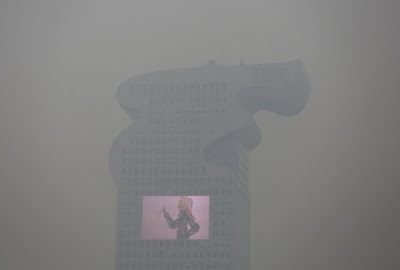 That Beijing air pollution story was on page one of The Times' Wednesday edition. On page four, a story with a dateline at the Mengke Glacier, China, reported that this glacier, one of China's largest, is now retreating at the rate of 54 feet per year, and the headline on the article noted that this "signals trouble for Asian water supply."

What is the cause of the global warming that is responsible for glacial retreat, in China and elsewhere? It's the same thing that is causing death-dealing smog in China's Capital City: the burning of hydrocarbon fuels, specifically including coal.

What the news tells us is that we are dependent on the World of Nature, and that our failure to conform our human activities to the requirements of the Natural World are now putting our own world, and in fact our lives, at risk.

Really, I guess, that's not "news" anymore. We all know that. We have to stop burning hydrocarbon fuels. 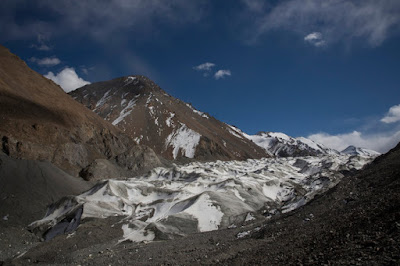