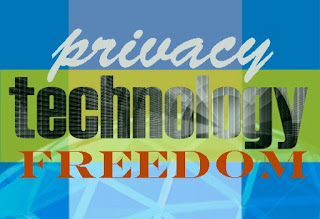 On several occasions I have taught a "Senior Capstone" course in the Legal Studies Program at the University of California at Santa Cruz. The course (LGST 196) has been titled "Privacy, Technology, and Freedom." It appears there is a good chance that I will be teaching that course again during Winter Quarter, starting in January 2016. I am, therefore, starting to pay even more attention than usual to news articles and analyses that touch on the topic.

On October 27th, The Wall Street Journal had a special section that reported on the Journal's recent conference on global technology. This annual event focuses on all things digital, and is called "W.S.J.D Live."

One of the participants at this year's conference, Mikko K. Hypponen, is the Chief Research Officer for F-Secure. He was quoted in the October 27, 2015 edition of The Wall Street Journal as follows:

VOICES FROM THE CONFERENCE

We are the first generation that's really living its lives in a way where we can be surveilled throughout our lifetime. Such as, who do we communicate with? What do we communicate about? This can all be technically collected and saved forever.

I don't think we really understand the implications of what this means. It's probably going to be too late when we realize the problems that come from such openness.


It's my sense that Hypponen is on target in these remarks. Hopefully, students in LGST 196 will start thinking about how to get ahead of the curve.