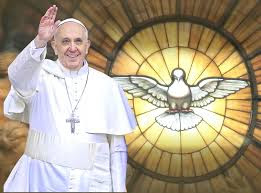 As the summit of God’s creation, man reflects the divine image in a most excellent way. Essential to this divine image is our capacity for reason, which enables us to know God, the world, and ourselves. We are also endowed with the powers of freedom and imagination that allow us to reflect upon our experiences, choose a course of action, and thus become cooperators in the opus of creation. It might be said that we ourselves are co-creators with God, and are consequently privileged in our ability to take what God has created and make new things, which creation, on its own, could not produce. This privilege bestows on us a dignity that surpasses other creatures precisely because we can participate spiritually in God’s creativity in a manner that far exceeds the merely physical capabilities of other creatures. Furthermore, because the nature of human action is free and self-determining, these actions have moral value.

It follows, then, that with such capabilities, and by virtue of our dignity, God placed human beings in governance over his creation: "Let them have dominion over the fish of the sea, and over the birds of the air, and over the cattle, and over all the earth" (Gen. 1:26). This dominion was specified as a command to "till and keep" the garden, and was first manifested in the naming of the animals (Gen. 2:15—20). Since naming something is to know that thing’s nature, we see the first manifestation of man’s rational nature. Moreover, by the command of the Lord to till and keep the garden, we can assume that man was commanded to use his rationality in the governance of creation for the sake of bringing forth fruit from the earth. As is evidenced by man’s original "nakedness," we can conclude that man’s dominion over creation was intended to provide us with the means for sustaining and enhancing our existence. This stands in stark contrast to the animals and plants for which God’s eternal law has provided physical attributes that sustain their existence. All of this occurred before the Fall, and it constitutes the originating Catholic vision of man’s place within the created order.

Pope Francis has just spoken, eloquently, on the subject of our human relationship to Nature. In his encyclical letter, In Laudato Si', the Pope takes a different approach.

The whole text of Laudato Si' is available for free, on the Internet. You can also buy a copy, which might, perhaps, be more easy to read, as a paperback book, or in digital form.

I think it would be good for all of us to read these words. We should ponder them in our hearts (as Mary, the mother of Jesus, was said to have pondered the words of the angels, who came to the shepherds in the well-known Christmas story).

Our relationship with Nature is not one in which we, as humans, have the obligations of stewardship, an obligation that has fallen on our shoulders because of a god-given dominion over the World of Nature.

That's historical Catholic doctrine, but it's not what the Pope says, in his much more convincing message.

We should approach our relationship to the World of Nature not as an obligation, but as an opportunity.

Taking upon ourselves an obligation of "stewardship," which puts human beings in charge of Nature, is exactly the wrong way to approach the profundity of what it means to be human and to be alive. We are not responsible for the Creation. The Creation is responsible for us.

We have an opportunity (not an obligation) to celebrate the gifts that the Creation has provided us, but we must defer to that Creation, not assert our dominion over it, if we are to experience that joy.

If we are (even) to survive.