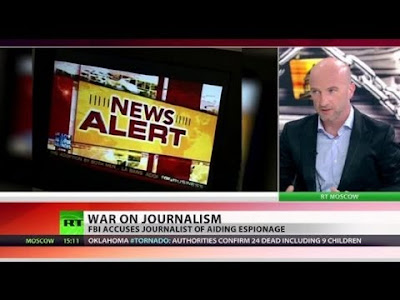 Click the following link to be directed to the Department of Defense Law of War Manual. The Manual was published in June 2015. Given that the Manual is 1,176 pages long, it might take you a while to read the Manual in its entirety.

In its August 10, 2015 editorial, "The Pentagon and the Wartime Press," The New York Times suggests that the recently-published Manual may be seeking to turn journalism into espionage. The Times is most concerned that the Manual contains a "broad assertion that journalists' work may need to be censored lest it reveal sensitive information to the enemy."

We should recall that the FBI has already been taking the position that reporting the news can get reporters put in jail. You can read all about it, right here.

The Obama Administration has prosecuted more "leakers" under the 1917 Espionage Act than all previous administrations combined, and the President doesn't seem to be ashamed of that fact. That's disturbing!