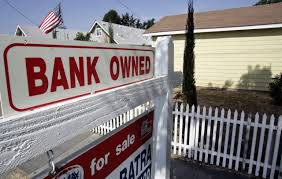 What used to be called "investment" decisions are now often called "bets." I don't think that's a change for the better, actually, but the use of "betting" terminology, as applied to economic and financial decisions, is virtually omnipresent. You could click this link, for instance, for an article from the June 9, 2015 New York Times that discusses the financial strategies of Wilbur L. Ross, Jr. Wikipedia describes Ross as an "American billionaire," and denominates him an "investor." The news story in The Times, though, ran under this headline: "American Billionaire Makes Risky Bet on Greece Debt Deal."

Given that investors (including those who have lent money to the Greek government, or who have otherwise invested in Greece) are more and more considering themselves to be "gambling," my question is why they should get paid back if they lose their "bet." Generally speaking, gamblers expect to be paid if they win, and to lose their stake if they don't. Apparently, the international bankers who have Greece over a barrel, and whose bad lending practices sent the United States economy into a massive recession in 2008, think that they ought to be able to "bet" their money as they choose, and then always get paid back, even if they lose.

The basic unfairness of this, from the borrowers' point of view, has not prevailed largely because the governments that ultimately decide who wins, and who loses, are all on the side of the big money bankers. As Ry Cooder puts it, "No Banker Left Behind." Click to listen to his very enjoyable song. It's right on point.

Maybe our next President could do something about that "No Banker Left Behind" problem. Bernie Sanders might take a shot at it!