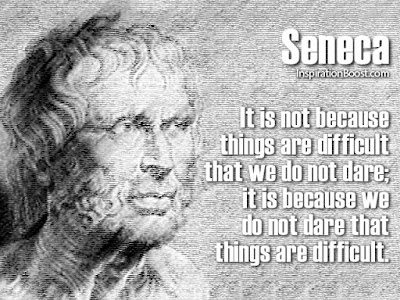 I am participating in a "virtual book group," hosted by Roger Berkowitz, Director of The Hannah Arendt Center for Politics and Humanities at Bard College. The group is reading The Human Condition, a wonderful book. I recommend it.

In a section of the book discussing "The Labor Movement," Arendt recounts an anecdote, reported by Seneca from imperial Rome:

At that time a proposition was laid before the senate to have slaves dress uniformly in public so that they could immediately be distinguished from free citizens. The proposition was turned down as too dangerous, since the slaves would [then] be able to recognize each other and become aware of their potential power.

According to Arendt, "modern interpreters were of course inclined to conclude from this incident that the number of slaves at the time must have been very great, yet this conclusion turned out to be quite erroneous. What the sound political instinct of the Romans judged to be dangerous was appearance as such, quite independent from the number of people involved."

My own experience in politics absolutely confirms Arendt's insight. WHEN a genuine choice appears within the realm of public discussion (in other words, when something new appears within the realm of political possibility), the very fact that such a choice emerges, and can be "seen" as a choice, will quite likely radically change the so-called "realities" of the then-existing political situation.

When The Save Lighthouse Point Association made clear that the "development" of Lighthouse Field in the City of Santa Cruz was not, in fact, either a "done deal" or universally admired as a wonderful idea, the politics of the City changed virtually overnight, and Lighthouse Field was "saved." It's still "saved" today.

When it became clear that the people of Santa Cruz County could adopt a set of public policies that would fundamentally alter the growth patterns then prevalent in the County (then the fastest growing county in the State of California and the fifth-fastest growing county in the entire United States), Measure J was enacted by the people in June 1978, fundamentally changing the future growth and development of the county. Read The Story of Measure J if you don't know about this major shift in public policy. A truly radical change was accomplished by the people once they understood they had a choice. Incredibly significant political changes happened in my home territory because something new "appeared" in the realm of public discussion.

Seneca's story, retold by Arendt, goes along with the quotation from Seneca at the top of this posting. If we are not living in a world that is acceptable to us (I speak, of course, of our "human" world, which is a politically-defined reality) then let us dare to bring into the public realm another possibility!