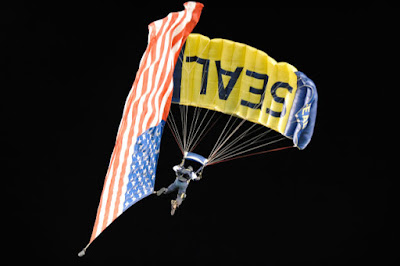 The article, in other words, presents itself as truthful, well-researched, and scrupulously vetted!

Arkin, who apparently left The Times after contributing his research, but before the article was published, has written a followup piece, published online. From the title of Arkin's article ("What the Times doesn't tell you about Seal Team 6") it would seem that Arkin might have some major disagreement with The Times' story. I didn't find one! He provides more information on the bureaucratic maze in which Seal Team 6 operates, but he characterizes this military group as "just another sub-element of a ridiculous number of secret American armies." That pretty much sums up what is the gist of The Times' story, too.

The United States of America is now fielding, worldwide, secret armies that are quietly killing pretty much whomever they decide to kill. As The Times put it, this is "America’s new way of war, in which conflict is distinguished not by battlefield wins and losses, but by the relentless killing of suspected militants."

In view of the fact that the nature of our government is claimed to be "democratic," all these killings are being carried out on behalf of all of us, and at our direction (accomplished, of course, through the mechanisms of our "representative" government). The decisions about who to kill, made by these secret armies, are being attributed to me. And to you!

That means that those who hate the kind of gratuitous killing of their families and friends documented by The Times are going to blame me. And you!

Don't be surprised when they blow up your grandkids' elementary school.

I found The Times' story to be chilling, in just the same way I found Seymour Hersh's description of the killing of Osama Bin Laden chilling.

I read it. Every word. And I read Arkin's followup.

I started thinking about the Book of Revelation and those Seven Seals.

Opening up that Seal 6 comes right near the end of the whole shebang! 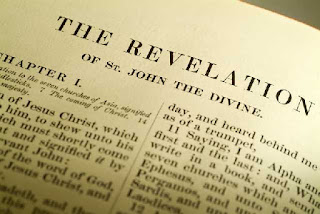 Then I saw Him open the sixth seal. A violent earthquake occurred; the sun turned black like sackcloth made of goat hair; the entire moon became like blood … And the kings of the earth, and the great men, and the rich men, and the chief captains, and the mighty men, and every bondman, and every free man, hid themselves in the dens and in the rocks of the mountains; And said to the mountains and rocks, Fall on us, and hide us from the face of him that sitteth on the throne, and from the wrath of the Lamb: for the great day of their wrath has come, and who is able to stand?"