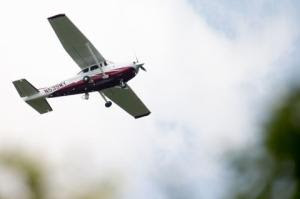 The world we most immediately inhabit is a world that we create ourselves. What sort of a world is that turning out to be (considering current indications)?

Notwithstanding the Fourth Amendment to the United States Constitution (quoted below, for those who may not be able to recite it off the top of their head), the citizens and residents of the United States of America are looking forward to a world of constant government surveillance. This surveillance includes the collection and cataloguing of our every telephone call, email, internet search (and nude sunbathing expedition into our own backyard). All of these events and activities will be recorded, and the records of this surveillance will be maintained, pretty much forever. The license plates of all of our cars will be constantly scanned, too, and the time and location of where our car has been (and therefore where we have been) will be continually charted. These records, too, will apparently be kept permanently.

I just taught a course about all this at the University of California at Santa Cruz. It was titled "Privacy, Technology, And Freedom."

There is a lot to think about, under this topic, and every day there's a new example.

The latest example, from an article published in the San Jose Mercury News on Wednesday, June 3, 2015 (an article worth reading), is that those fabled "Friendly Skies" that we used to hear about from United Airlines have  now succumbed to the "Friendly Spies" mobilized by our very own Federal Bureau of Investigation.

Well, MAYBE they are friendly! Supposedly, the FBI is on "our side," the side of the regular citizens and residents of the country. The spying going on, though, is not limited to likely criminals or terrorists, about whom someone in law enforcement believes (and has convinced a judge to believe) that there is some "probable cause" to think that the particular person might have done something bad, or that he or she might be about to do something bad.

No such limits are currently observed. It's much easier just to spy on everyone, all the time!

Since we do, ourselves, create the world we most immediately inhabit, I would like to suggest that we need to retrace some steps. The laws, policies, and procedures that have pretty much turned the Untied States of America into a surveillance state can be reversed. It is not inevitable that our government must spy on us continually. After all, it didn't used to!

However, if we don't like being under constant government surveillance, we will need to do something about it. That's definitely the way things are "trending."

If anyone wants to think about some rules and procedures that might be workable, let me suggest the following as a guideline:

Amendment IVThe right of the people to be secure in their persons, houses, papers, and effects, against unreasonable searches and seizures, shall not be violated, and no Warrants shall issue, but upon probable cause, supported by Oath or affirmation, and particularly describing the place to be searched, and the persons or things to be seized.

That Fourth Amendment approach seemed to work pretty well for a couple of hundred years.

I think sticking with that approach might be just what we're looking for, by way of a guideline for the future.