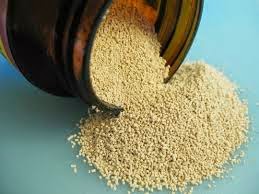 I am always on the lookout for metaphors, and I recently happened to be thinking about yeast. If you ever went to a church Sunday School, which fewer and fewer people probably did, you are likely to remember a Bible verse from 1 Corinthians 5:6 (a little yeast leavens the whole lump).

With practically effortless Internet research, I found out from bread making recipes exactly what amount of yeast would be needed to accomplish the miracle of fresh leavened bread. Not much, as it turns out.

First Corinthians says that "a little" yeast will suffice, but what does that really mean, in terms of quantity? The purveyors of King Arthur Flour say one tablespoon of yeast will be needed for each six cups of flour, and since there are 16 tablespoons in each cup, that means that the right ratio of yeast to flour is 1/96, or just a slight bit over 1%.

In local politics, in its Santa Cruz County heyday, at a time when real political changes were accomplished by the practice of democratic self-government, there were only a very few people actively involved in the politics that caused the significant political changes that were obvious to everyone.

I used to think it was about 5% of the voters.

I'll let you figure out what that might mean.

It might mean that you could actually accomplish something, on a topic you care about, if you got involved with just a few more friends!