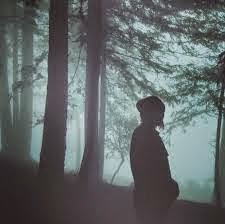 Into The Woods is a musical with with music and lyrics by Stephen Sondheim and book by James Lapine. It debuted in 1986 and premiered on Broadway in November 1987. It has been acclaimed and performed ever since. Now, the musical has been made into a major motion picture, by Disney. My family dragged me along to see the movie on Christmas Day.

"Out of the woods" is an expression that was much used during my youth (and now, apparently, is also a song by Taylor Swift). The meaning of the expression is to be "free from a previous state of uncertainty or danger."

The movie and the musical are a kind of mishmash of Grimm's Fairy Tales. I was not much impressed with the movie, to be frank; at least, not until the movie was just coming to an end. Then, I realized that the movie did have a message with which I agree.

We are, inevitably, required to go into the woods. That is our fate.

And we never get "out of the woods." That, too, is our destiny.

Our lives are, inevitably, charged with uncertainty and danger. Bad things happen. Good things, too.

And just like that other favorite Christmas movie says: "It's A Wonderful Life."