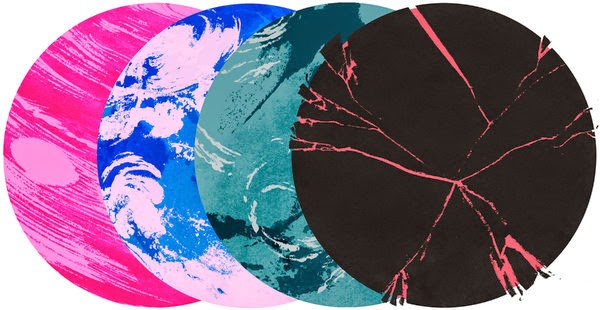 Adam Frank is an astrophysics professor at the University of Rochester. In last Sunday's edition of The New York Times, Frank brought an astrobiological perspective to our public debate about global warming. His essay is titled, "Is a Climate Disaster Inevitable?"

I was gobsmacked by Frank's essay. His approach is unlike anything else I have read on the issue. Conventionally, scientists discuss what scientific research is telling us about conditions on Planet Earth. Almost always, in recent years, the news is bad. Take, for example, another article I saw on Sunday, though it was actually published several days earlier, on January 15th. Oliver Milman, writing in the US edition of The Guardian, tells us that the "Rate of environmental degradation puts life on Earth at risk." The Milman article is pretty compelling, as it marshals the scientific facts. It's pretty scary, too.

Frank's essay is even more so, at least to me.

Foregoing any rehearsal of the damage being done to the vital systems that support our life on Earth, Frank looks at our situation from a cosmic perspective. Since we now know, he says, that there are "hundreds of billions" of planets, a powerful but simple question should come to mind: "Where is everybody?" In other words, why have we not been able to detect some other forms of intelligent life, somewhere in our cosmic neighborhood?

From a half-century of exploring our own solar system we’ve learned a lot about planets and how they work. We know that Mars was once a habitable world with water rushing across its surface. And Venus, a planet that might have been much like Earth, was instead transformed by a runaway greenhouse effect into a hellish world of 800-degree days.

By studying these nearby planets, we’ve discovered general rules for both climate and climate change. These rules, based in physics and chemistry, must apply to any species, anywhere, taking up energy-harvesting and civilization-building in a big way. For example, any species climbing up the technological ladder by harvesting energy through combustion must alter the chemical makeup of its atmosphere to some degree. Combustion always produces chemical byproducts, and those byproducts can’t just disappear. As astronomers at Penn State recently discovered, if planetary conditions are right (like the size of a planet’s orbit), even relatively small changes in atmospheric chemistry can have significant climate effects. That means that for some civilization-building species, the sustainability crises can hit earlier rather than later.

To move to the bottom line, Frank suggests that the reason we don't find intelligent life anywhere else in the Universe is that other intelligent species (there must have been plenty of those, he posits) have had to face their own "global crisis," as their means of energy production led to a destabilization of the conditions that made life possible on whatever planet they inhabited, and that all these other civilizations must have failed to meet the climate test that we are facing now.

In other words, Good Luck To Life On Planet Earth (the odds are not in our favor)!

Since nothing is "inevitable" in the world we create, the very fact that we can read and think about what Frank is saying may provide us an insight that could be of assistance.

Milman has provided us with the "gauges" by which we can measure our current position, and from which we can learn our trajectory towards doom. Frank tells us that modifying what we are doing now is not only important, but that how we meet the challenges facing us (which he believes must have been faced by large numbers of other intelligent life forms, elsewhere in the Universe) will truly be of terminating significance for life on our planet.

Thanks, Mr. Astrophysicist! It's your move, Earthlings!