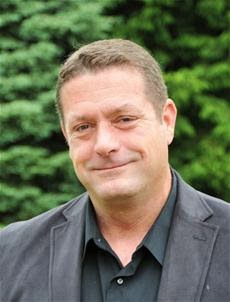 Pictured is Kirby Delauter. He is a Council Member in Frederick County, Maryland. He seems like a pretty nice guy, with a nice family. To quote from his official biography, as it appears on the County's webpage:


Kirby Delauter is the son of Russell and Marlene Delauter. He resides in Thurmont, Maryland, with his wife Tina. They have four children: Maureen, a graduate of High Point University in Highpoint, NC, lives in Thurmont with her husband Blaine Schildt; William, a graduate of Virginia Tech; Emily, a student at Salisbury University in the nursing program, and Sam a student at Catoctin High School.

Kirby was raised in Frederick County, graduated from Catoctin High School and is a veteran of the U.S. Army. He worked within the construction industry and in 1993, purchased the family business W.F. Delauter and Son, Inc. The business was started in 1955 by Kirby’s grandfather, Willie F. Delauter, and his father Russell Delauter. The business continues to operate today doing projects in Maryland, Pennsylvania, and Virginia.

Mr. Delauter recently became somewhat "famous" for having demanded, of the local newspaper that covers Frederick County government, that the newspaper not print his name without his explicit permission. He promised to sue the newspaper if they did.

One of the comments on Delauter's demand quoted Abraham Lincoln to the following effect:

Better to remain silent and be thought a fool than to speak out and remove all doubt.

Having been an elected official myself, I can sympathize with Delauter's problem. It often happens that the newspaper does not portray elected officials as they would like to be portrayed. In fact, such coverage is sometimes absolutely unfair, and maybe even deliberately so. At least, that was my personal experience. Nonetheless ...

No one, elected official or individual person, can participate in the life of his or her community unless he or she is willing to be identified, and to be quoted (and misquoted). Democracy requires discussion and debate, and that discussion and debate has to be conducted in public. It cannot be orchestrated to achieve a particular result, or to convey a particular impression on the public at large. Errors and insults are to be worked out in the process, not prohibited in advance, or screened out by preemptive review.

To give Mr. Delauter some free legal advice, let me tell him that he will not be successful in any lawsuit he brings against those who simply mention his name without his permission. I received no permission from Mr. Delauter to mention him in this blog posting, and the Abraham Lincoln quote is not flattering. Sorry, though, Mr. Delauter, my remark is not actionable, and the commenter in your local newspaper, who used that quote first, and thus suggested that you have definitively demonstrated that you are a "fool," won't be held accountable to you for that comment, either.

Politics can be pretty horrible, in terms of the rhetoric employed. Check out what they say about President Obama in the so-called "conservative" media. Let's all accept that. Mistaken statements and deliberate misrepresentations are not to be censored.

They should be responded to!