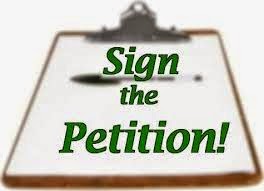 On Tuesday, December 9, 2014, The New York Times ran an article documenting the large financial investments that a number of "tech titans," including Bill Gates, have recently made in Change.org, to help this online petition site expand.

I have signed my share of online petitions (and have even "curated" a few). I am not really "against" the online petition process. However, I do have a comment and a concern. "Petitioning" for a particular action is premised on the idea that the person or persons to whom the petition is addressed have decision making power. The whole idea of a petition is to ask those with the power to use that power in a particular way.

That's fair enough, and petitioning decision makers of various kinds certainly reflects the realities of our contemporary political and economic situation. In the long run, though, democratic societies are premised on another idea. That idea is that "we, the people" are the ultimate source of power and authority. We don't need to "petition ourselves;" what we need to do is to "get organized" and actually to exercise the power we have.

The all-too-easy online petition process, in other words, may be teaching us exactly the wrong lesson about how we can achieve the political and economic goals to which we aspire (and to which the petitions are addressed).

I have a particular objection to petitioning corporations. I now refuse to sign petitions directed to those who are running corporations. We don't need to "petition" Chevron or Monsanto, we need to exercise our democratic powers of self-government to stop their bad behaviors, or even to dissolve them! It does not escape me that it is precisely the corporate oligarchs who are now coming to the financial aid of Change.org. They kind of like that "petitioning them" process.

Even when the object of our petitions is our own government - and petitions in that context have a Constitutional basis (see the First Amendment) - I think that we are letting ourselves off too easy when we believe that signing an online petition discharges our citizenship obligations.