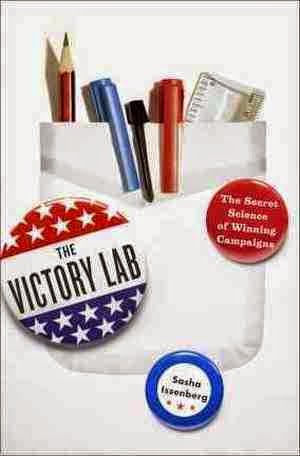 The San Jose Mercury News carried an article on its front page, on Wednesday, October 29th, that reported on a political science "experiment" carried out by academics at Stanford University and Dartmouth College.

The experiment consisted in researchers sending official looking campaign mailers to voters in Montana and New Hampshire, to see what effect the mailers would have on real elections. This was "research," nothing more, but because the research was carried out in connection with real elections, the mailers could well end up having an impact on the results. The Montana Secretary of State said that the mailers appeared to violate several state laws.

I am willing to bet that the researchers had read The Victory Lab, a book by Sasha Isenberg that is promoted as "moneyball for politics." The book describes a whole series of "experiments" like the one described in the Mercury article, but the Victory Lab experiments were tied directly to real electoral politics. In other words, the experiments described in The Victory Lab were carried out by those actually involved in real campaigns, and while academics were involved in many of them, they were part of the campaigns themselves, so their experiments were not just disinterested "research."

I definitely recommend The Victory Lab to those who want to ponder the fate of self-government in the United States. The book documents the power and efficacy of various "techniques" that most would call "manipulation." The book shows how some of the techniques discovered by academic researchers have been quite powerfully effective in producing desired electoral results, but the voters do catch on to these manipulations, over time, and the ultimate effect, I think it's fair to say, is to drive more and more voters away from actual electoral participation. Politics becomes nothing more than the "manipulation" of the voters. Isn't that what a great many voters now think?

To the extent that our politics is seen as manipulation of voters, using proven techniques of social science, democratic self-government is driven out. That is a "Gresham's Law" of politics.

We had better watch out!