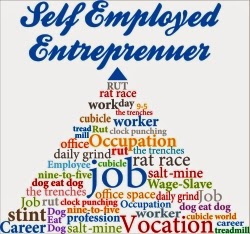 "Self-employment" has a positive connotation, these days (particularly when it is linked to "entrepreneurship"). You could click on the image above for a rehearsal of some of the benefits. One local politician in Santa Cruz County, Ryan Coonerty, has written a book about what he calls the "Naked Economy," outlining some of the "positives" that can accompany a self-employed status.

I have not been quite so positive, myself, about the so-called "Naked Economy," but I can't deny that "self-employment" does have a lot of good features. In fact, I am personally "self-employed," and by and large I like it.

A recent publication from The California Budget Project made me think again about "self-employment." CBP is one of my favorite nonprofit groups, and consistently helps me (and those who follow its work) better understand the California economy, and California government and politics.

Below, I am quoting what CBP says in "Beyond Recovery: Making The State's Economy Work Better For Low- And Mid-Wage Californians."

California’s job market continues to improve, with the state having finally regained the number of jobs that were lost in the Great Recession and the statewide unemployment rate lower than a year earlier. While the outlook for California’s jobseekers is considerably better than in recent years, substantial challenges remain. Unemployment remains high in many regions across the state, and persistent weakness in the public sector job market is undermining the overall strength of the economic recovery.

The phrase that caught my eye was "the public sector job market." It strikes me that it is precisely in the "public sector" that we can forge a strategy of "self-employment" that can restore our economy in  a fundamental way. We can, in other words, employ "ourselves," through public sector action, in what are often called "public works."

As President Roosevelt showed during the Great Depression, public "works" can encompass projects that go beyond bridges and roads, though they include that kind of project. Artists and photographers, for instance, were employed to produce "artistic works," and the results were often stunning (see the murals at Coit Tower, in San Francisco, as an example).

Public sector employment is "self-employment," because we are all "in this together," and when we employ ourselves, we will all benefit - individually and collectively.

Who doesn't like this plan? Rich people who don't want to pay taxes.

Think about it. This kind of collective "self-employment" could be just what we need. 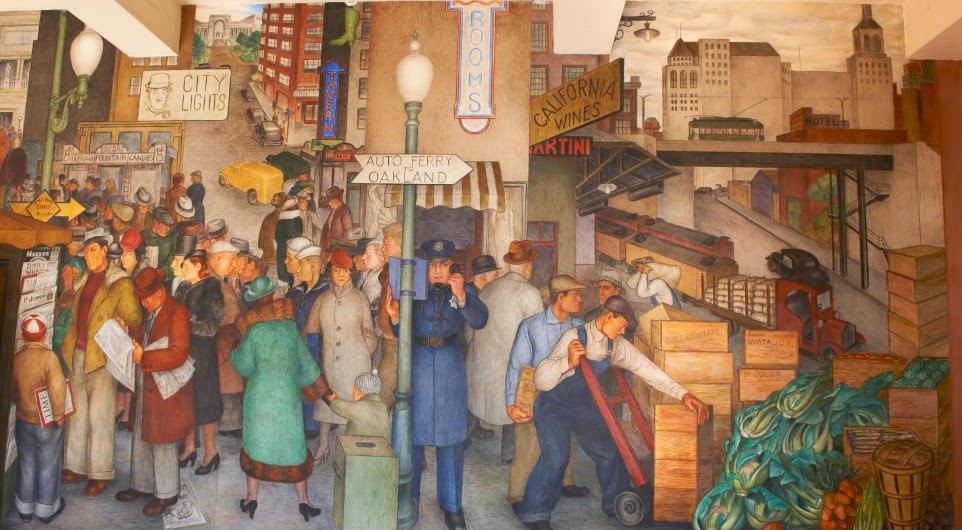