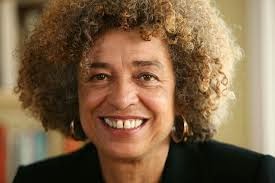 Angela Davis (pictured) recently contributed to a Q & A page in The Nation. Here is one important observation, contained in her interview with Frank Barat:

Even as Nelson Mandela always insisted that his accomplishments were collective—also achieved by the men and women who were his comrades—the media attempted to sanctify him as a heroic individual. A similar process has attempted to dissociate Dr. Martin Luther King Jr. from the vast numbers of women and men who constituted the very heart of the mid-twentieth-century US freedom movement. It is essential to resist the depiction of history as the work of heroic individuals in order for people today to recognize their potential agency as a part of an ever-expanding community of struggle.

I couldn't agree more. We are all in this together. We don't create the human world by individual actions.