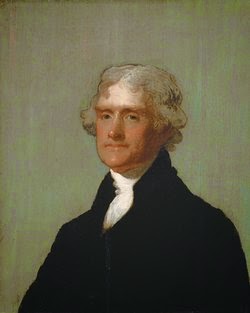 The New York Review of Books has published a nice review, and I commend it to you.

The review says that Allen identifies five facets of equality embedded in the Declaration:

First, the colonists asserted that their new states were equal to the other powers on the earth.

Second, by declaring that “all men are created equal,” the Declaration affirms that each person is the judge of his or her own happiness.

Third, the Declaration assumes that each person, however common, contributes to the collective knowledge of the community.

Fourth is the importance of reciprocity or mutual responsiveness to achieving the conditions of freedom. Securing conditions in which no one dominates anyone else requires a form of conversational interaction that rests on and embodies equality in the relationships among the participants.

Fifth, the document contends that all of us have an equal stake in the creation of the political order.

I, personally, think it is the fifth item in this list that is of preeminent importance in assuring that we maintain a system of genuine self-government. And this understanding is ever more difficult to sustain. The general resentment of government today, felt by just about everyone, reflects the fact that we no longer much believe that we each have an equal share in creating the political order which actually defines our world.

The idea I liked best? Allen asks the question, "What sort of text is the Declaration of Independence?" She concludes that The Declaration is not a "sacred text," or a "treatise," or a "law," but that The Declaration, more than anything else, is a kind of "memorandum," a "memo" documenting something that we need to remember.

We hold these truths to be self-evident, that all men are created equal, that they are endowed by their Creator with certain unalienable Rights, that among these are Life, Liberty and the pursuit of Happiness.--That to secure these rights, Governments are instituted among men.