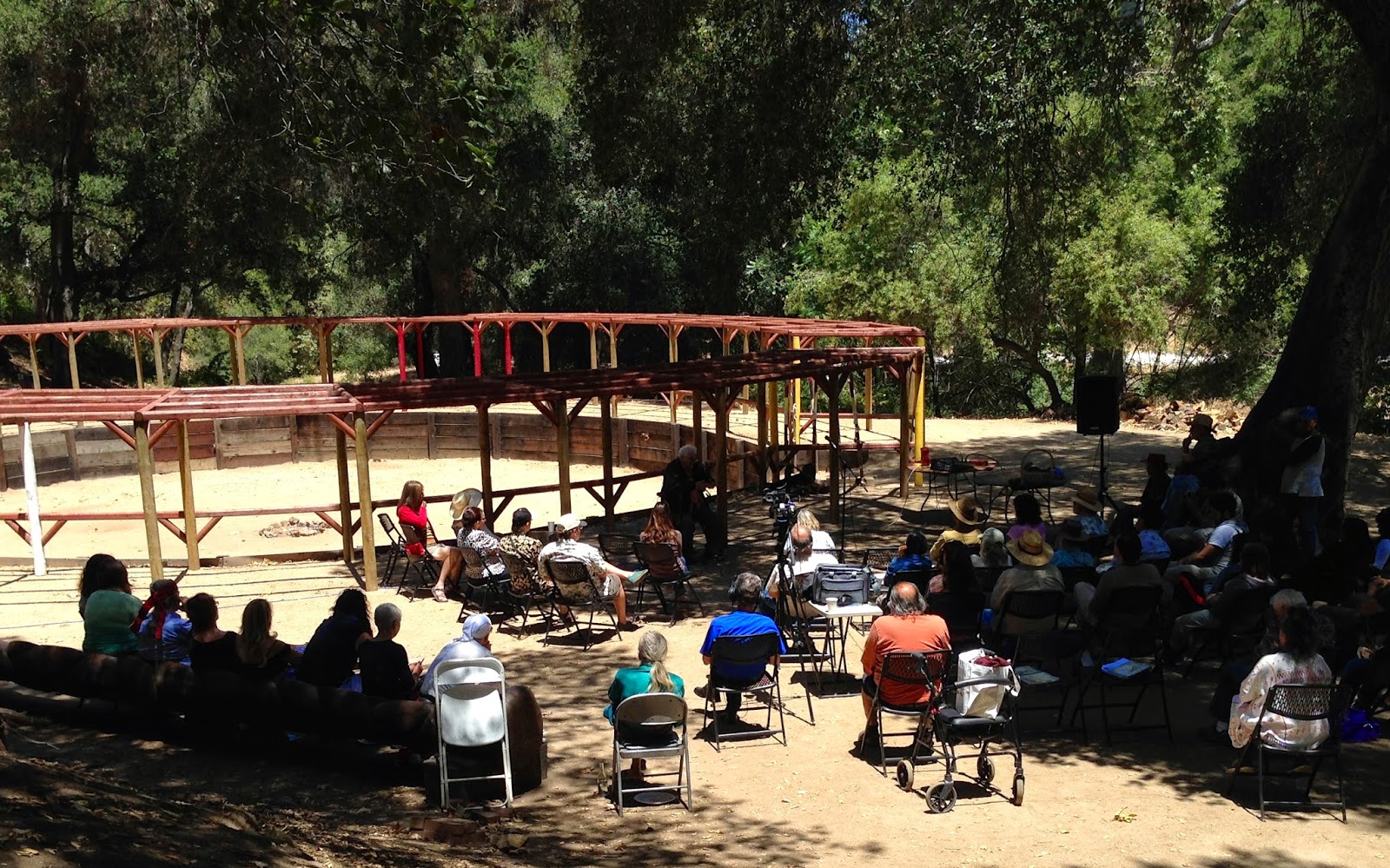 San Benito Rising has qualified an initiative measure for the November 4, 2014 general election. The proposed initiative ordinance would ban fracking in San Benito County. Already, oil companies have amassed a war chest of over $600,000 to fight the initiative, but the anti-fracking activists I met at the Indian Center, on Sunday June 15th, don't seem intimidated. They are ready to win!

While good company, poetry, and music abounded, and while great food was provided to all who came, the main purpose of the gathering on June 15th was to hear from Art Pearl, Professor Emeritus of Education at UCSC, who talked about democracy. He brought further inspiration to these already inspired practitioners of democracy, telling them to remember the seven things that democracy requires:

2. Democracy begins with vision. We need to know what we want to achieve. Only then will we know if we are making progress.

3. Democracy works in an “exponential” way. Democratic change can happen a lot more quickly than we think.

4. Democracy is inclusive and is defined by action that is collective, not individualistic.

7. Democracy, and only democracy, will allow us to reach our full potential, both as individuals and as a community.

In 1974, forty years ago, a small group of activists in the City of Santa Cruz qualified and then passed an initiative measure to "Save Lighthouse Field." All the powers of the established order were opposed to that measure, but that measure won. By winning that battle to "Save Lighthouse Field," the activists of 1974 proved to the community that democracy, in fact, can achieve for a community what the community truly wants - no matter what those with the most power and money say.

That revelation, that democracy, properly deployed, can defeat money and established power, has made all the difference in Santa Cruz County.

May that power of democratic self-government be revealed again, this November, in San Benito County. The stakes, this time, are even higher!