#144 / A Peaceful Protest In Barcelona 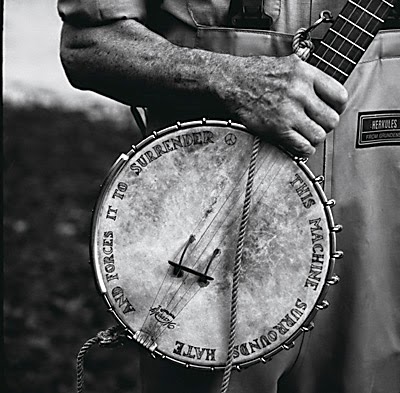 Here is a very nice story from the "Daily Digest," published by Ed Pearl, who founded the Ash Grove Music Club in Los Angeles.

There are lots of ways to change the world. Not all of them involve Presidentially-directed drone killings. Pete Seeger suggested that there were different kinds of machines that could "surround hate and force it to surrender."

Worth a try, I think!


Here is a true story, excerpted from “Revival: A Folk Music Novel,” by Scott Alarik.


In the 1970s, Pete Seeger was invited to sing in Barcelona, Spain. Franco’s fascist government, the last of the dictatorships that started World War II, was still in power but declining. A pro-democracy movement was gaining strength and to prove it, they invited America’s best-known freedom singer to Spain.

More than a hundred thousand people were in the stadium, where rock bands had played all day. But the crowd had come for Seeger.

As Pete prepared to go on, government officials handed him a list of songs he was not allowed to sing. He studied it mournfully, saying it looked an awful lot like his set list. But they insisted: he must not sing any of these songs.

Pete took the government’s list of banned songs and strolled on stage. He held up the paper and said, “I’ve been told that I’m not allowed to sing these songs.” grinning at the crowd and continued, “So I’ll just play the chords; maybe you know the words. They didn’t say anything about you singing them.”

He strummed his banjo to one song after another, and they all sang. A hundred thousand defiant freedom singers breaking the law with Pete Seeger, filling the stadium with words their government did not want them to hear, words they all knew and had sung together, in secret circles, for years.