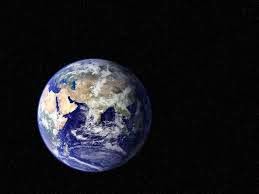 Matt Ridley, who says he used to be an ecologist "in the academic sense of the word, not the political one," has rejected his former biases and now believes that there are "no limits" to growth. This opinion is expanded upon in an article appearing in the April 26 - 27, 2014 edition of The Wall Street Journal. In the print edition of the paper, the article is called "The Scarcity Fallacy."

Ridley posits that "innovation improves the environment." Because we can always innovate, limits are simply not a problem. That is Ridley's thesis in a nutshell.

Maybe that is true. I don't want to underestimate innovation. But take a look at the picture above, as you consider the idea that innovation is going to solve our ecological problems, including global warming.

As my father said about California real estate: they are not making any more.