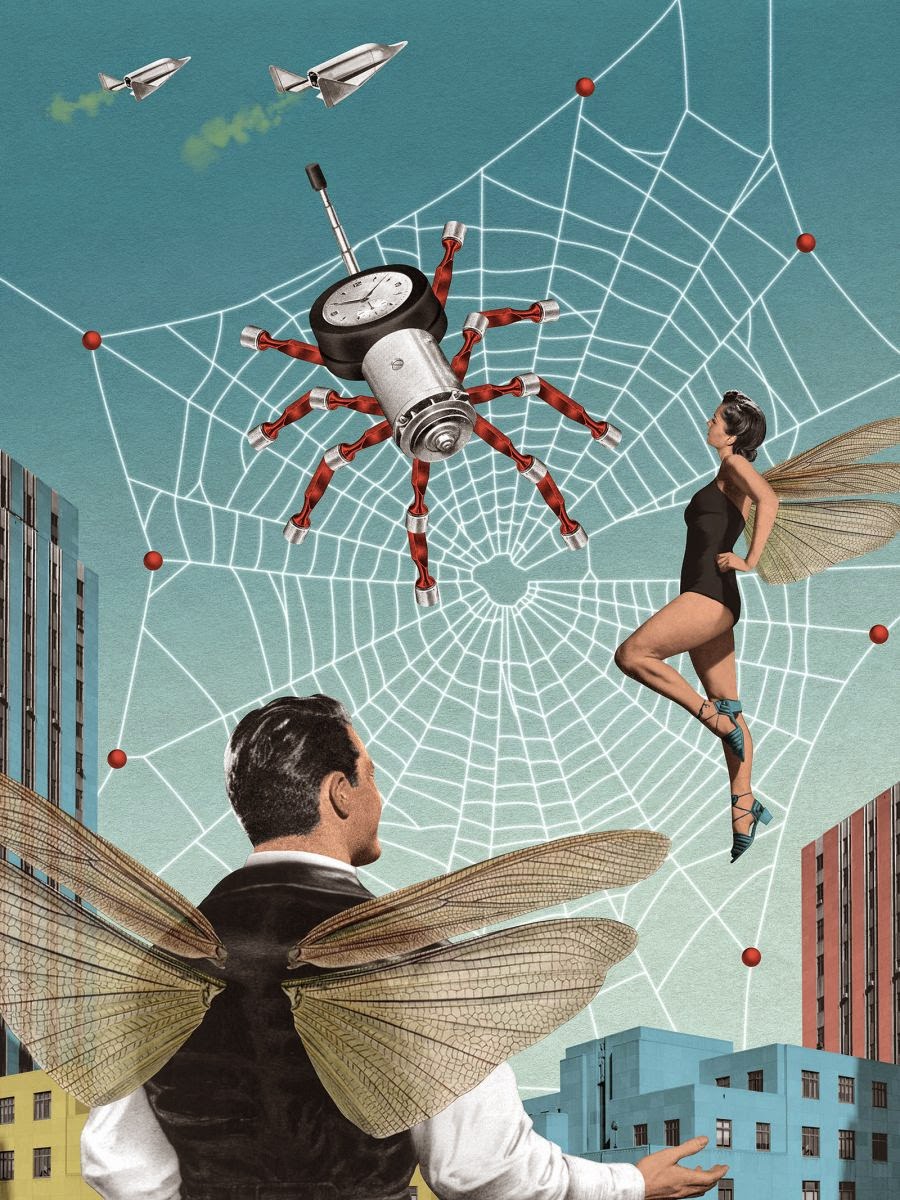 Today's posting? Well, I like the picture. It illustrates an article that appeared in New Statesman on April 10, 2014. Click on this link if you would like to read it.

The article is titled "Why futurologists are always wrong – and why we should be sceptical of techno-utopians." The article was written by Bryan Appleyard, who is the author of The Brain Is Wider Than the Sky: Why Simple Solutions Don't Work in a Complex World.

I liked the article, too. I recommend it.

Appleyard objects to "futurology" because many of its predictions seem "daft." That's British for "stupid" or "crazy." Appleyard singles out Ray Kurzweil for a special commendation in the "prognosticators of the daft" category. I am not much of a Kurzweil fan, either, as long time readers will probably have realized, from having reviewed an earlier mention of this gentleman.

My own objection to "futurology" is philosophically based. Predictions about the future are almost always presented as though they were based on "facts," and thus the basic message is that current "facts" determine what "will" happen. Extrapolations of current realities define the future, in the arena of futurology.

Actually, the future in our world is ours to make. Nothing is inevitable, and our human freedom radically to restructure our world, at any time, makes extrapolations inherently suspect.

Predictions based on "scientific analysis" of real truths from the World of Nature are different. The laws of nature do state "inevitabilities." Thus, I am a lot more concerned about the predicted effects of global warming (based on facts about the natural world that can be measured and documented) than I am of the hypothetical "singularity" that Kurzweil talks about, when human beings become superfluous, because the machines we have invented will take over, making our own species largely non-essential.

In the world we most immediately inhabit - our world, the human world - we are definitely essential!