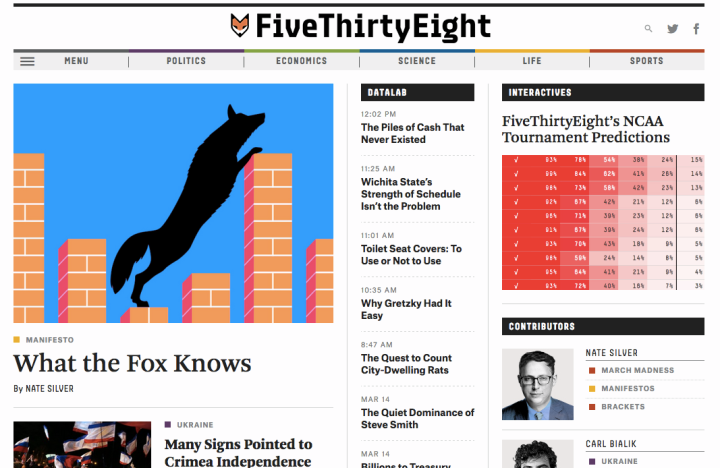 I have never been too much for the "polls," since I think that paying too much attention to polling, as a guide to action, can instill a misunderstanding about the nature of reality, particularly as we think about the future. "Reality" within our human world is what we create. Our human-created world, thus, is a world in which anything is possible. The laws of physics describe and predict what "will happen" in the World of Nature. They wouldn't be called "laws" if they didn't do that. The "laws" that govern our world, however, are all human-created, and do not state inevitabilities. Within our human world, efforts at prediction, based on extrapolations from the current realities, can never be relied upon to describe what "will" happen. Our laws tell us what we think "ought to happen," but that is something different. And we can change our minds about that, too!

To the degree that reading the polls is treated as equivalent to scientific explanation, based on an extrapolation from current data, I think that polls truncate our ability to change the world, and to create a reality that we think would best fit our needs. At least, that's a danger. When people start believing that extrapolations from current realities define the realm of possibility, our possibilities are reduced.

Because I don't pay much attention to polls, I really have not paid attention to the polling enterprise called FiveThirtyEight. According to Wikipedia, FiveThirtyEight is a "polling aggregation website," taking its name from the number of electors in the United States Electoral College. In the last election, FiveThirtyEight apparently correctly predicted the results of the Presidential election in fifty out of fifty states. Nate Silver is the statistician who presides over FiveThirtyEight. He is now publishing a blog, and has written a manifesto, in connection with the kickoff of his new endeavor, entitled "What The Fox Knows." I just read it, stimulated to track it down by a reference in Amor Mundi, the blog published by the Hannah Arendt Center at Bard College.

The FiveThirtyEight blog is going to be devoted to "data journalism," and will pay attention to "big data." Silver makes a good case for its value:

As more human behaviors are being measured, the line between the quantitative and the qualitative has blurred. I admire Brian Burke, who led the U.S. men's hockey team on an Olympic run in 2010 and who has been an outspoken advocate for gay-rights causes in sports. But Burke said something on the hockey analytics panel at the MIT Sloan Sports Analytics Conference last month that I took issue with. He expressed concern that statistics couldn't measure a hockey player's perseverance. For instance, he asked, would one of his forwards retain control of the puck when Zdeno Chara, the Boston Bruins' intimidating 6' 9" defenseman, was bearing down on him? The thing is, this is something you could measure. You could watch video of all Bruins games and record how often different forwards kept control of the puck. Soon, the NHL may install motion-tracking cameras in its arenas, as other sports leagues have done, creating a record of each player's x- and y-coordinates throughout the game and making this data collection process much easier.

Here's the comment from the Hannah Arendt blog, in reaction to the FiveThirtyEight manifesto:

As the availability of data increases beyond comprehension, humans will necessarily turn the effort of analysis over to machines running algorithms. Predictions and simulations will abound and human actions - whether voting for a president or holding on to a hockey puck - will increasingly appear to be predictable behavior. The fact that actions are never fully predictable is already fading from view; we have become accustomed to knowing how things will end before they begin.

That we have "become accustomed to knowing how things will end before they begin" defines my uneasiness with the "polling" approach to understanding reality in our human world.

I think it's good to observe closely, measure and evaluate. "Big data" can provide good information. But "how things will end" depends on what we choose to do, not on any inevitability or prediction based on what has happened in the past.

Let's not forget that!