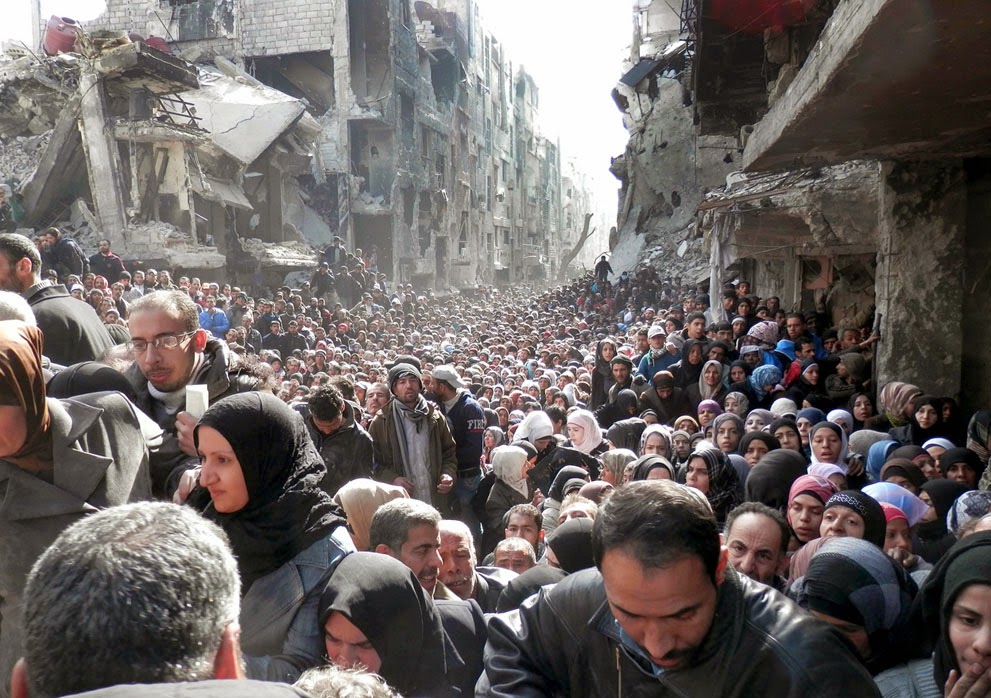 This picture is from the United Nations Relief and Works Agency for Palestine Refugees in the Near East and shows residents in the besieged Palestinian camp of Yarmouk, queuing to receive food supplies, in Damascus, Syria, on January 31, 2014. Click this link for more horrific pictures of what has happened in Syria.

Besides the terrible mutilations and loss of life that this war has caused, I personally recoil from the physical destruction of our human built world, shown so vividly in many of the pictures included in the collection from which the image above was taken.

A.J. Muste, one of the persons I most admired as I personally confronted the Vietnam War, said something that resonates today:

There is no way to peace

Peace is the way