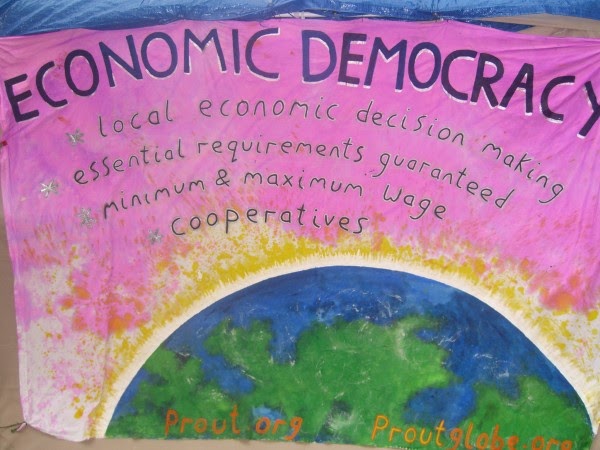 In 2013, Gar Alperovitz published a paper called "The Possibility of a Pluralist Commonwealth and A Community Sustaining Political-Economic System." You can read this paper by clicking on the link. It is worth reading.

To me, the key word in the formulation contained in Alperovitz' title is "commonwealth." That word connotes an appreciation that the wealth of our society is not individually created, but is rather created through our common efforts. That does happen to be the fact, and since that is true, we all have a claim to the wealth produced.

Unless and until ordinary women and men have such an understanding about what Adam Smith called "the wealth of nations," they are likely to continue to defer to claims from those who control the wealth that the wealth "belongs" to those who control it. As long as we credit such claims from those with possession and control over our "commonwealth," claims that they individually "own" the wealth that our society has actually produced through our mutual and common efforts, no fundamental political or economic change will be possible.

We need to know, intellectually, and deeply to feel, that the "right" unit of analysis in our system is not just the individual, but the individual within the community.

Our failed analysis has led to a failed politics.

We are all in this together.