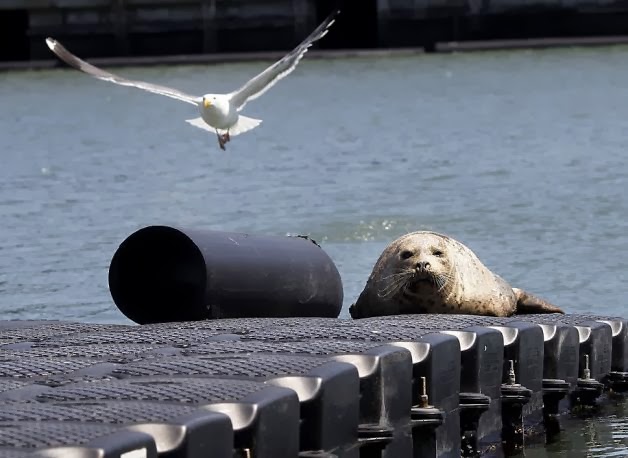 The picture above graces a story that ran in the Sunday, March 9th edition of the San Francisco Chronicle. Under the headline "Chemical permeating bay seals," the Chronicle reported that "harbor seals are contaminated with high levels of a man-made chemical that was pulled from production 12 years ago."

Scientists don't know where the contamination is coming from. They speculate, but have not yet proven, that the chemical contamination is undermining the seals' health. The name of the chemical in question is perfluorooctanesulfonic acid, abbreviated as PFOS. It was once the primary ingredient in Scotchgard. The article reports that this chemical is "virtually indestructible."

Besides providing a good argument for the "Precautionary Principle," this story provides one more illustration of how we overstep the limits when we think that we can manufacture a "better world" than the world that Nature has provided. I have written about "Sin And Synthetics" before, a couple of times. Here's another example and my third advisory!