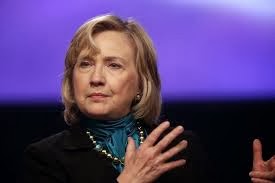 This is the judgement of Jill Lepore. Lepore is the Chair of the History and Literature Program at Harvard University, and she regularly writes for The New Yorker. In a "Talk of the Town" piece appearing in the March 10, 2014 edition of the magazine, Lepore wrote about the early polls favoring the Presidential chances of Hillary Rodham Clinton. According to Lepore:

Premature polls strengthen some of the most anti-democratic forces in American politics.

Lepore's point is that there are a number of credible and qualified female candidates who should be considering a Presidential run. She believes that Hillary Clinton's massive lead in the early polls (82% of Democrats are reporting that they prefer Clinton over both Vice President Joe Biden and United States Senator Elizabeth Warren) essentially removes credible challengers from the race. That is the sense in which Lepore is suggesting that "premature polls" are "anti-democratic."

I have an additional thought. Premature polls (and, in fact, probably any polls) are anti-democratic at their very root, in that they have the effect of convincing people that the polls describe some kind of political "reality" that must be accepted and that cannot be changed. In fact, the nature of democratic politics is that the people can use the democratic political process to transform and change the current political reality, whatever it might be, and that this political freedom remains continually available to us.

We live in a "political world." Anything that has the effect of disguising the immense power of our political freedom, and its ability to transform not only our politics, but the reality of the "real" world, the world we create through our politics, is, ipso facto, "anti-democratic."