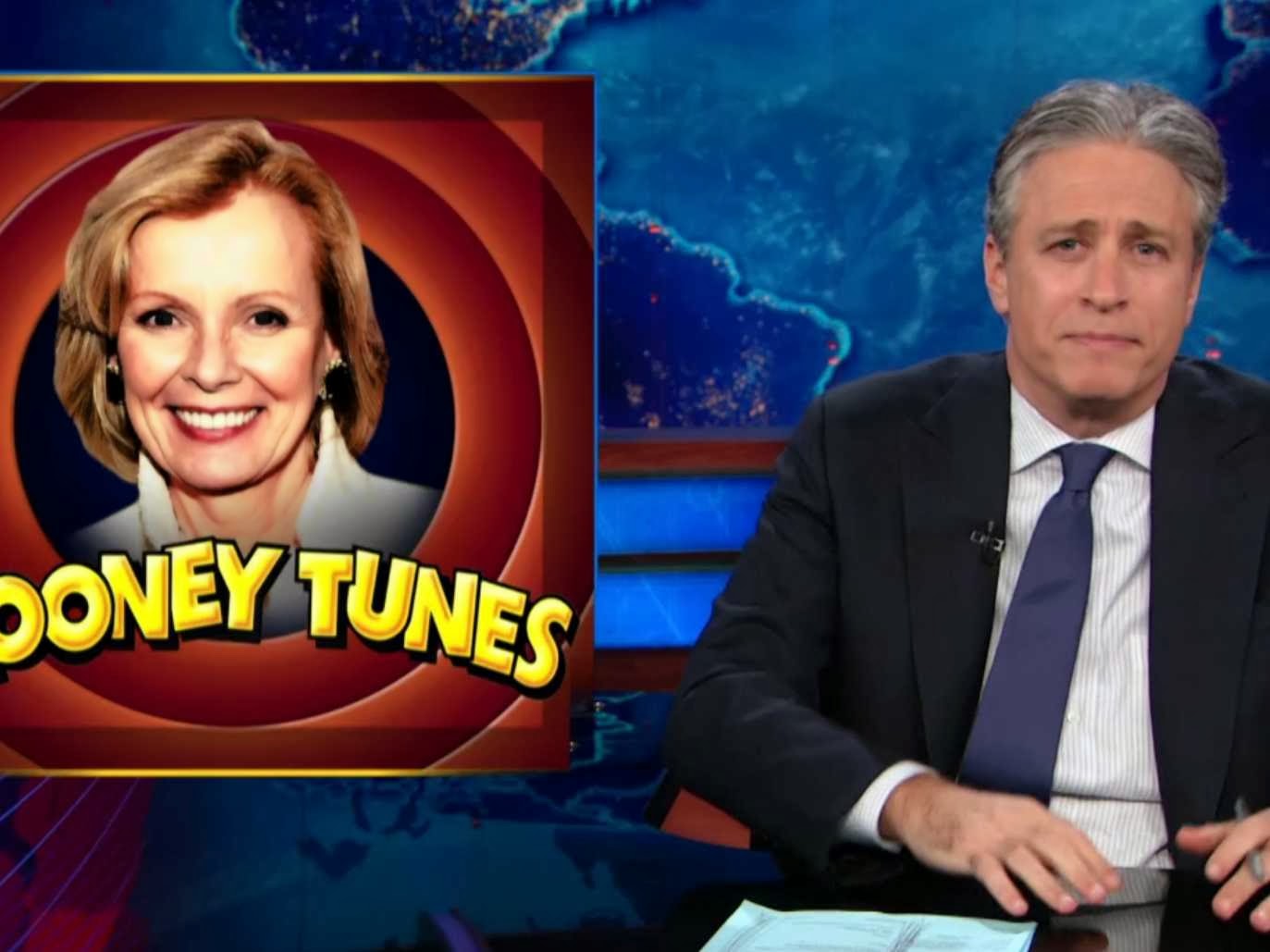 Peggy Noonan, here pictured to the right side of Jon Stewart, is a columnist for The Wall Street Journal. In her column on Sunday, March 1st, titled "America and the Aggressive Left," Noonan claimed that "the constant mischief of the progressive left is hurting the nation's morale. There are few areas of national life left in which they are not busy, and few in which they are not making it worse."

What  on earth is she talking about?

Whatever that last part means.

Citing a Gallup poll in December of 2013 that found that 72% of those polled thought that "big government is a bigger threat to the future than big business and big labor," Noonan extrapolates the finding to a claim that American's "morale" has been impaired, and she attributes this to the actions of the "left."

Her concern that the activities of the "left" are impairing American morale seems odd, coming from Noonan, since the poll results she cites seem exactly to match her own opinion. Is her morale down? I would think she'd be delighted at the results. Obviously, the "left" doesn't seem to be winning the fight for more "big government," at least if these poll results are any fair indication.

I, personally, think that the reason that 72% of those polled think that "big government" is a bigger threat to the future than big business or big labor probably stems from the fact that the United States government is engaged in killing wars all over the planet, with no real democratic approval for these wars. I think it stems from the fact that the United States government has faced the meltdown of our economy by rewarding the 1% who caused it with their financial manipulations, hanging the rest of us out to dry. AND, it might also have something to do with the fact that our government is now asserting that it has the right to monitor our each and every web search, email communication, or phone contact, without any reasonable notice to us that this kind of super surveillance is being carried out.

I would like to see a little bit more aggression on the "left," as we see our own government, supposedly reflecting a commitment to democracy, engaging in exactly the kind of conduct we call "totalitarian" when any other government does it.