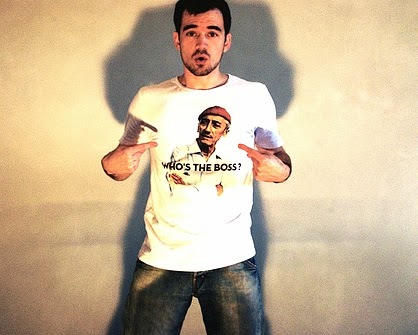 I have been teaching courses in the Legal Studies program at the University of California at Santa Cruz, and that means I have been reviewing, with the students in these courses, the basic provisions of The Bill of Rights, the first ten Amendments to the Constitution.

During class discussion, and particularly when attention turns to the Ninth and Tenth Amendments, we all end up acknowledging one of the basic truths about our democratic system. The government doesn't grant us rights; we grant certain powers to the government, and any "powers not delegated to the United States by the Constitution, nor prohibited by it to the States, are reserved to the States respectively, or to the people." That's what it says in the Tenth Amendment. Furthermore, "the enumeration in the Constitution, of certain rights, shall not be construed to deny or disparage others retained by the people." That's the Ninth Amendment.

Here's another way of putting it: in our democracy, we are "the boss." The government works for us, not the other way around.

In view of this basic  principle of democracy, issues of government secrecy should be easy to resolve. Can you imagine any workplace or institution in which an employee could say to the boss, when the boss asks for information, "Sorry. I am not going to give you that information. You'll be better off if you don't know."

Yet, isn't that exactly what the United States government is telling the public? "We are bombing; we are killing; we are snooping on everyone, everywhere, and if you want to know exactly what is going on, we're not telling you."

That video presentation by Trevor Paglen ("Look Up") lays the relationship out pretty clearly.

And if that's the real situation, then who's the boss?