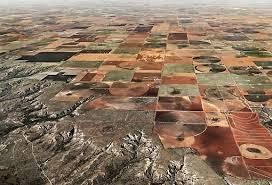 I was enthusiastic about Russell Brand's role as guest editor at the New Statesman when I heard last October that he had been given an opportunity to put out an issue on revolution.

One of the articles in the edition edited by Brand was written by Naomi Klein. It is entitled "How science is telling us all to revolt." It is an article worth reading.

Among other things, Klein reports on a speech given by scientist Brad Werner at the Fall 2012 Meeting of the American Geophysical Union, held annually in San Francisco. The title of Werner's talk was "Is Earth F**ked?"

His conclusion: "More or less!"

What is the only thing that just might mean that Earth is "less" F**ked, rather than "more" F**ked? Something that Werner, who is a complex system researcher, calls "friction."

Klein makes it more definitive. "Friction," in this case, means a significant and successful revolutionary effort to overturn the current economic and political paradigm.

In other words, Klein's title is on point: "science is telling us all to revolt."