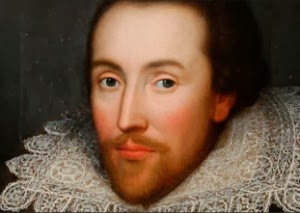 I recently read a rather "intellectual" discussion of the work of Adam Smith, with the main point of the discussion being a focus on how Smith's reflections on "productive" and "unproductive" labor were repurposed by Hannah Arendt in her book The Human Condition. Reflections on Hamlet were thrown into the mix. I consider the blog posting I read to be "intellectual" on the basis that the word "autotelic" was used throughout. That word describes a thing "having a purpose in and not apart from itself."

Shakespeare got into the article on the basis that there is a relationship between "acting" and the "action" that Arendt considered to be the definition and goal of politics. I liked the following quote:

Against the odds, politics holds open the space in which something new can begin and thus renew the human world against the circular forces of nature.

To me, this does sum up our "human condition." We are, in Nature, inevitably part of a world that is "circular" in design, in which all that exists (including our own individual lives) leads to death, and from there to more life. We resist this, of course. Who really wants to think that his or her own individual death is the accomplishment of a life's purpose.

So, we build our own world within the World of Nature, to which we are ultimately accountable. As the quotation above notes, in that world we are capable, always, of creating something "new."

And we do that, as Arendt says, through "politics."

If you are up for some "intellectual" reading, click on the link.