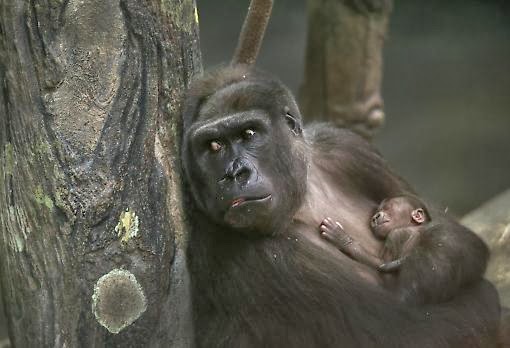 In a commentary published in the January 6, 2014 edition of New Statesman, the evolutionary biologist Richard Dawkins discusses "What Makes Us Human."

Dawkins notes that human beings are essentially "apes," but says that we are unlike other apes because we have "big brains."  It appears to be Dawkins' view that having "big brains" (a physical characteristic) has probably been the main factor in making us different from the other apes, and thus "human."

Not to dispute the importance of this superiority of our "hardware," our "big brains," Dawkins says some things at the end of his commentary that are worth pondering, and that may send our thinking in a different direction:

Human beings have only recently shown how very special they are. Fifty thousand years ago we had the same bodies and brains as today and we probably had language. But we didn’t have much by way of art, and our artifacts were limited to the functional – stone tools for hunting and butchering, for instance.


That changed around 40,000 years ago, when the archaeological record shows a sudden magnificent flowering of art and even musical instruments. Cultural evolution – which outpaces by orders of magnitude the superficially similar genetic evolution that had given rise to our big brains in the first place – went into overdrive. Next came the transition from the hunter/gatherer to the settled agriculture way of life, soon to be followed by cities, markets, governments, religion and war. The Industrial Revolution expanded cities to megalopolises, propelling our species to worldwide (and potentially disastrous) domination, and even to reach out to the moon and planets.


Simultaneously, the human mind has reached out to the wider universe, and far beyond the time constraints of a human life­span. We now know that the world limiting our ancestors’ brief lives is a tiny speck orbiting a small star among some hundred billion stars, in an average galaxy among some hundred billion galaxies. We know that the world began 4.6 billion years ago, and the universe 13.8 billion. We understand the evolutionary process that generated us and all DNA-based life.


There’s plenty that we still don’t understand, but we are working on it. And the urge to do so is perhaps the most inspiring of all the unique qualities that make us human.

What strikes me in this discussion is that it is "cultural" characteristics, not "physical" characteristics (like "big brains"), that are the most compelling evidence that we are, indeed, different from the other apes. It is human "culture" that defines us as "human," and it is "culture," not our physical attributes, that make the difference. "Software," not "hardware," to use the computer analogy.

From my perspective, what Dawkins is affirming is that whatever physical characteristics we may have, be they characteristics that make us similar to the "apes," or that differentiate us from them, we are "human" because we live not directly in the World of Nature, but in a world that we create.

We are human because we are living within a world that we create ourselves. A "human" world.

A world, lest we forget, that depends on the World of Nature to survive.