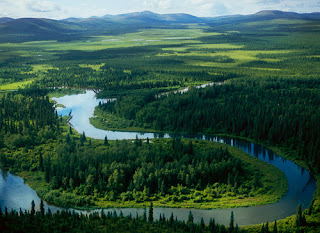 I can always count on The Wall Street Journal to provide timely and infuriating evidence of how wrong-headed its perspectives on our economy can be. In its "Review & Outlook" opinion column, printed on Tuesday, September 17th, The Journal's editorial writers opined that a business decision made by the British mining company, Anglo-American, provided "merely one example ... of the thousands of ways that Washington crushes private investment and job creation every day."

What is this complaint all about? First, it's about the business decision made by the Anglo-American mining company to abandon its efforts to construct what has been known as the Pebble Mine. No regulatory decision was involved. Second, it's about a mining proposal that has been preliminarily analyzed by the United States Environmental Protection Agency (or EPA). The EPA's preliminary findings were characterized as follows by Joel Reynolds, an environmental attorney working for the Natural Resources Defense Council (or NRDC):

EPA advanced its independent review of mining in the region, releasing a comprehensive draft Bristol Bay Watershed Assessment that documents the devastating range of impacts of large-scale mining on the region and its communities – impacts that, according to EPA, are likely to occur even if the project operates flawlessly, which no large-scale mine ever has. Issuance of the final assessment is expected in early 2013.

What is The Journal's beef? The Journal objects to the "threat of regulation." That is what The Journal says drove away Anglo-American, "crushing" a (presumably positive) engine for "job creation."

Imagine if a massive open-pit mine were carved into the pristine ecosystem that supported your livelihood and your region’s economy. Or if were built in a way that threatened the cultural traditions that your family has honored for generations.

It’s an alarming prospect, and that’s why so many communities in Bristol Bay, Alaska oppose the Pebble Mine.

This enormous gold and copper operation would produce an estimated 10 billion tons of contaminated waste and require earthen dams—some taller than the Three Gorges Dam in China—to hold back that waste forever. All of this would be done at the headwaters of a wild salmon run that supports a $1.5 billion annual commercial fishery and employs 14,000 people.

All those 14,000 jobs that would be put at risk don't seem to be on The Journal's radar (not to mention the degradation of the natural environment that would be the inevitable result of the construction of the Pebble Mine).


The Journal, like many of us - though thankfully most of us are not so extreme - really thinks that "our world," the world of money and machines, is the only thing of real value.
The Natural World, whose beauty we should be seeking to celebrate, not deface, is the world that ultimately supports us. Even our "jobs," ultimately, depend on the Natural World. The Pebble Mine provides an easy to see example, but don't forget to look closer to home, too. Mini versions of Pebble Mine-like projects that would degrade our job-sustaining natural environment are being considered by the agencies of local, state, and national government every day.
Read The Wall Street Journal and learn how not to live! And fight for the Natural World in your own neighborhoods and towns, because that is the way to live - if we want to keep living on this wonderful planet that we are so privileged to inhabit, and that sustains us so well.